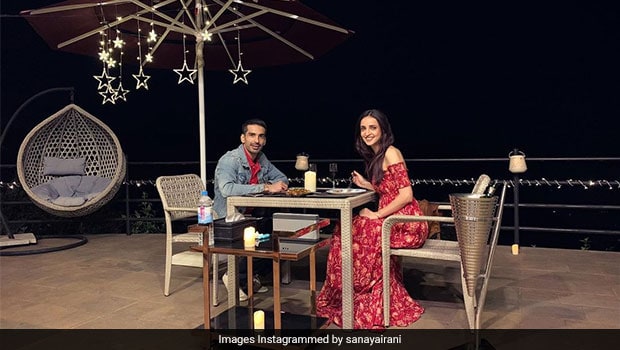 Sanaya Irani and Mohit Sehgal got married in the year 2016

Actor Mohit Sehgal and Sanaya Irani are inarguably one of the most popular coupes of TV industry. The couple started seeing each other when they starred together in ‘Miley Jab Hum Tum’ way back in 2008. They also participated in the dance reality show ‘Nach Baliye’ and wowed their fans with their effortless chemistry. Sanaya Irani and Mohit Sehgal tied knot in an intimate ceremony in Goa in the year 2016. The destination wedding featured only close friends and family. On Tuesday, the couple celebrated their 5thAnniversary at their Mumbai residence.

While Sanaya posted an adorable picture of the couple enjoying a romantic dinner, Mohit gave us a sneak peak of the super scrumptious anniversary cake. The cake covered in thick chocolate ganache was crowned with some chocolate flakes and fresh strawberries. ‘Happy 5 to us’, the message on the cake read. “Happy anniversary my baby @sanayairani he captioned the video that also had a cute cameo by their pet dog Chief. 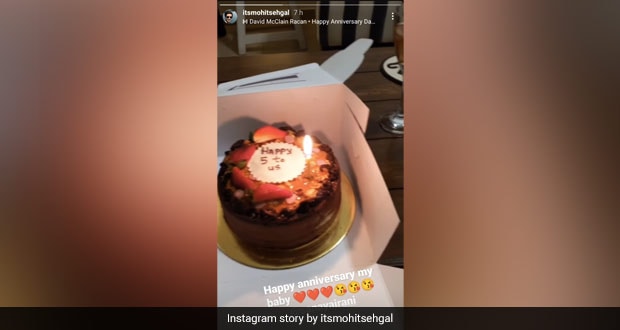 Sanaya Irani was last seen in a music video with Gurmeet Choudhary, she is best known for her role in ‘Iss Pyaar Ko Kya Naam Doon’, Sanaya was also a runner-up in the dance reality show ‘Jhalak Dikh La Ja’ season 8. Mohit Sehgal plays an antagonist in ‘Naagin 5’ that also stars Surbhi Chandana and Sharad Malhotra in the lead.

If you've ditched WhatsApp for Signal or Telegram, you need to change these settings NOW