For more than over three decades, Berco’s has been one of the most favourite Asian restaurants in India. Styled around authentic Chinese and Thai street-style foods, Berco’s has some of the classics like the Chilli Chicken Dry, Chicken Dim Sums and Thai Red Curry to offer that regulars still enjoy even after all these years. It is a standalone Chinese and Thai restaurant, probably where most of us city-dwellers head to get our fill of Asian food. Since the restaurant is now open for dine-in, the good folks at Berco’s are hosting a Sizzler Food Festival from 5th December to 23rd December 2020 that promises to tingle your taste buds. 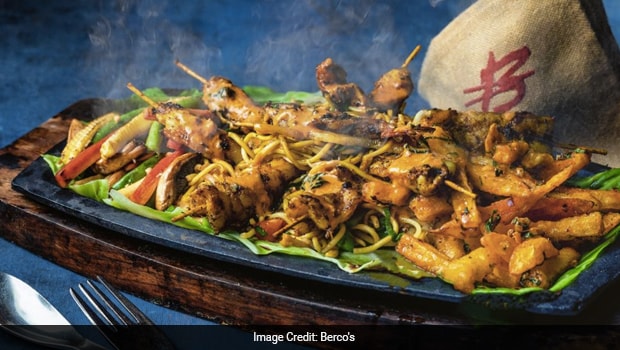 This 18-day long festival will feature some of the best sizzlers from both Chinese and Thai cuisines. The festival is available at all the outlets of Berco’s, during both lunch and dinner times. Take your pick from Berco’s Chilli Chicken Sizzler, Golden Fried Fish Sizzler, Bangkok Chicken Sizzler and Exotic Fried Prawn Sizzler to Veggie Delight Sizzler and Crispy Chinese Vegetable Sizzler among others. There are enough options to make the tummies of both vegetarians and non-vegetarians happy. For vegetarians, the Crispy Chinese Vegetable Sizzler is the best bet, whereas non-vegetarians can opt for Emperor Favourite Spicy Chicken Steak or Exotic Fried Prawns Sizzler, as both of them are exceptional. The desserts section seems a bit neglected in the festival with just one option – Sizzler Brownie with Ice-Cream. But you can definitely go ahead and order a dessert from their regular menu.

So this winter, brace the cold and head over to Berco’s because a trip here is going to be worth it.