No one is certain where, when, or why the cocktail was invented. One of its first mentions was in the Morning Post and Gazetteer in London in March 1798. The word also popped up in a U.S. publication The Farmers’ Cabinet in 1803.

Who knows what it was doing in a farmer’s magazine. What’s important is that bartenders everywhere will, hopefully, be back in business next year — so here are some suggestions worth travelling for… 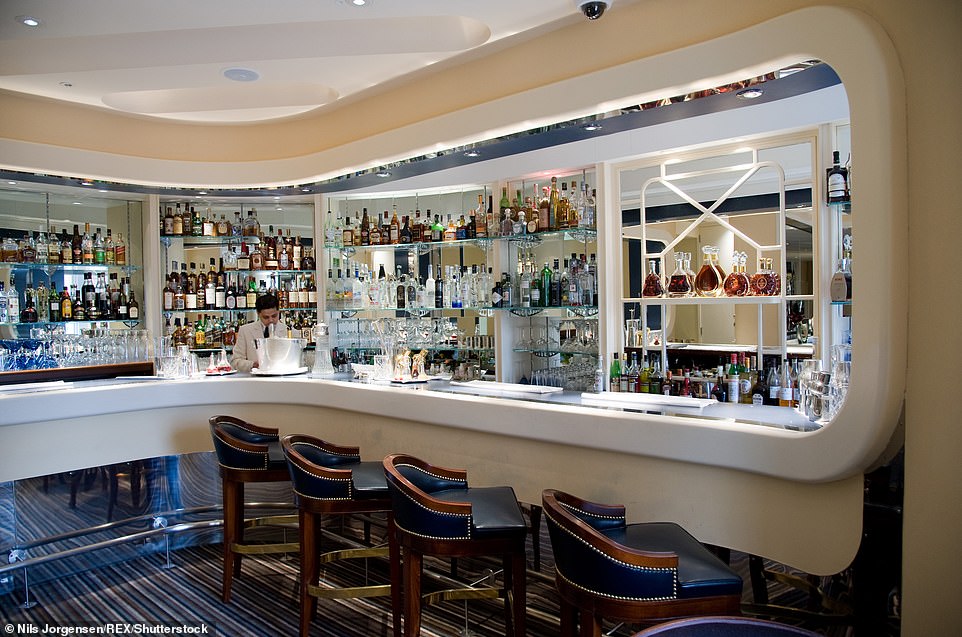 The classic drink at the Savoy’s Art Deco American Bar, pictured, is the £120 White Lady, which is made from vintage gin, 1970s Cointreau, lemon juice and egg white

Nowadays, at the London hotel’s Art Deco American Bar, staff shake such inimitable sharpeners as the Corpse Reviver No1 (Cognac, Calvados and one Italian vermouth, to be taken before 11am or ‘whenever steam and energy are needed’) — and the Moonwalk, created to celebrate Neil Armstrong’s lunar landing, and the astronaut’s first drink when back on planet Earth.

The origins are still contested, but in the late 1800s, bartender Marin Cuneo served one up for ‘Bourbon aristocrat’ James E Pepper in the Pendennis, a members’ club in Louisville, Kentucky where ‘decency, decorum, civility, good manners and the social graces are still very much in style’.

Pepper brought the recipe to the Waldorf-Astoria Hotel Bar in New York — which is currently closed for renovations, so you might have a long wait for your drink. The name for this bourbon, bitters, soda and sugar delight comes from customers asking for it to be made ‘the old-fashioned way’, possibly because it involved passing the whisky bottle to them to mix it themselves.

The Old Fashioned has been the world’s most popular cocktail for six years running in a poll by the magazine Drinks International. Visit hilton.com. 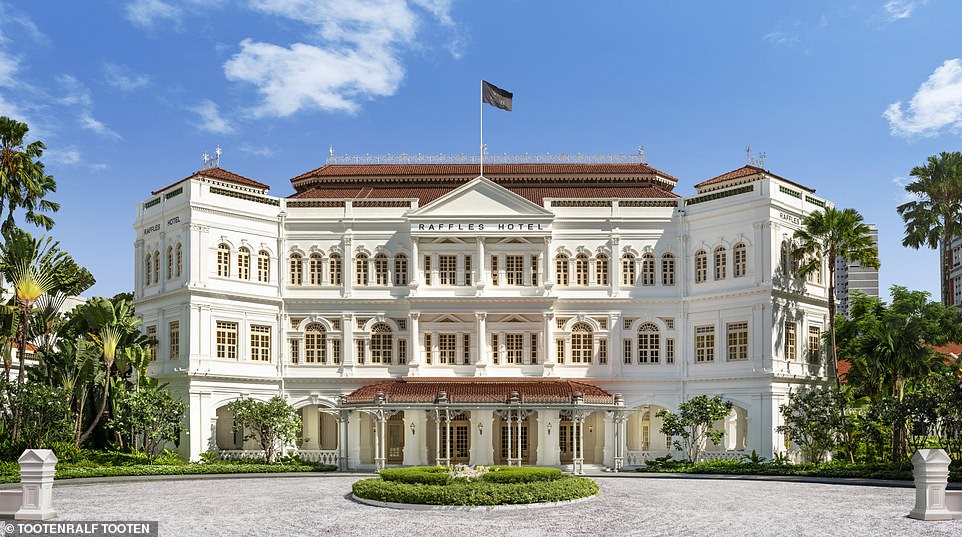 Raffles hotel, pictured, which created the Singapore Sling. It looks like fruit juice but is infused with gin and cherry liqueur

Bartender Ngiam Tong Boon from the Long Bar of the elegant Raffles hotel sidestepped the etiquette of 1915 which insisted ladies couldn’t drink alcohol in public by creating the Singapore Sling.

The drink — which was still known as a gin sling when Noel Coward visited in 1930 — looks like fruit juice but is infused with gin and cherry liqueur.

It’s expensive at £19, but at least you don’t stand on ceremony; the bar encourages you to eat the free peanuts and then throw the shells on the floor in a nod to the days when the hotel was surrounded by plantations, rather than skyscrapers. Visit raffles.com/singapore.

If you like pina coladas . . . beat a path to the Caribar (originally the Beachcomber) at the Caribe Hilton in Puerto Rico. It was the first Hilton to open outside of the continental U.S., and was where Elizabeth Taylor spent part of her honeymoon with the first of her seven husbands.

Bartender Ramon Marrero created the pina colada in 1954 — rum, coconut cream and pineapple juice — and stayed to serve it for 35 years. Less than £10 gets you Puerto Rico’s national drink. Visit caribehilton.com. 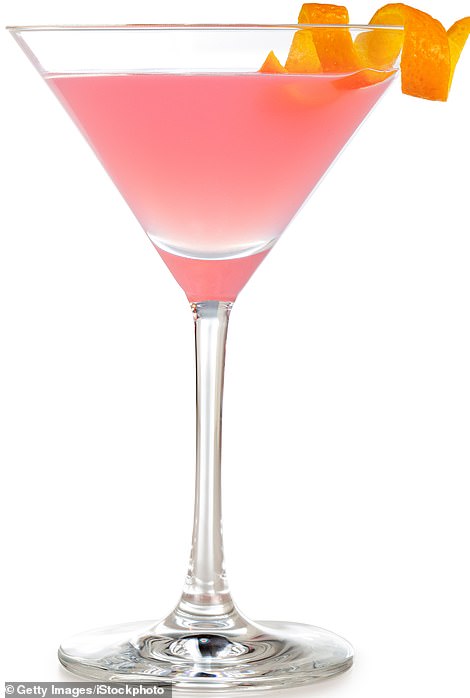 The drink became famous enough for a nickname — Cosmo — after Sarah Jessica Parker and the stars of the hit show Sex And The City developed a taste for it.

You’ll pay £12 for one in what used to be one of the hippest 1980s hotspots whose famous guests included artist Andy Warhol, writer Jay McInerney (who put it on the cover of his debut novel), model Janice Dickinson, designer Diane von Furstenberg, and movie star Warren Beatty. Visit theodeonrestaurant.com.

At the start of the Cold War in 1949, Belgian barman Gustave Tops wanted to create an ‘ominous’ drink at the refined Hotel Metropole in Brussels for Perle Mesta, the U.S. Ambassador to Luxembourg.

So he mixed coffee liqueur and vodka. Mission: successful. Cost to you these days: £13.

Perle was quite a woman, the phrase ‘hostess with the mostest’ was inspired by her.

The White Russian is a black Russian with cream added, and became a firm part of popular culture when it was featured in the 1998 film, The Big Lebowski. Visit metropolehotel.com.

Head for the polished mahogany of the Round Robin bar at the stately Willard Hotel in Washington DC, popular with politicians since President Abraham Lincoln. Kentucky senator Henry Clay introduced the southern special here in the 1830s, and £14 buys bourbon, sugar syrup, soda water and mint leaves.

Alternatively, visit the Kentucky Derby: 120,000 are downed in the racing weekend. Visit washington.intercontinental.com. 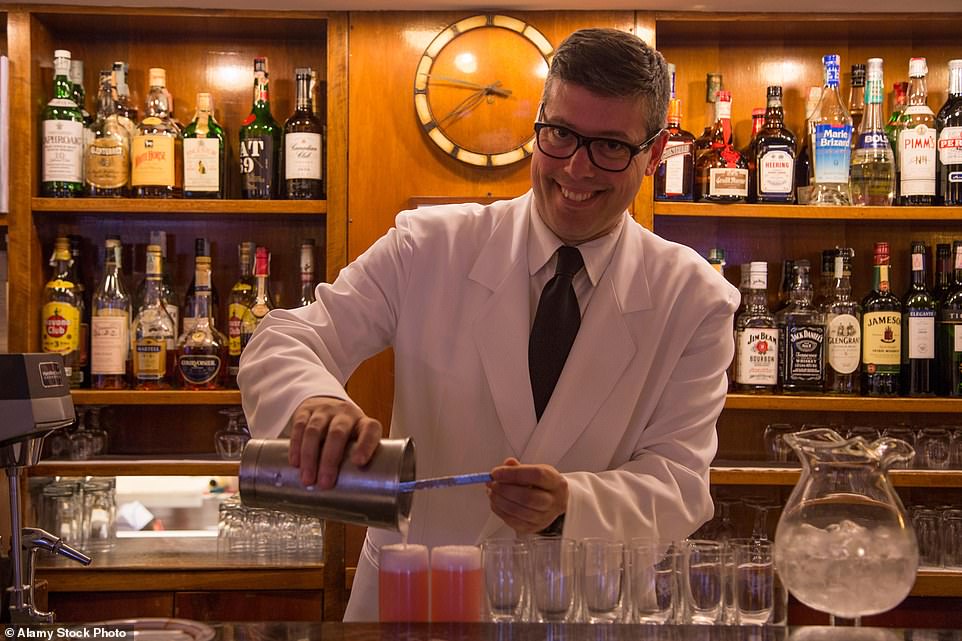 Stirring stuff: A barman at Harry’s Bar in Venice makes bellinis – which were first created there

It’s so simple — just sparkling wine and puréed Mediterranean white peaches — but so good that there must be gold dust in there, too.

It was invented in 1948 by Giuseppe Cipriani, the bartender and owner of the eternally alluring Harry’s Bar and restaurant (he invented carpaccio, too), which has been located beside a canal just off Piazza San Marco in Venice since 1931.

Your £17 cocktail could be served by a fourth-generation Cipriani. Famous patrons range from Ernest Hemingway to George Clooney. The Italian government declared it (the bar, not the cocktail) a national landmark in 2001. Visit cipriani.com.

Every glass of this cobalt concoction — invented to use the Blue Curacao liqueur bought from a persuasive sales rep — was held up by bartender Harry Yee to check that its precise colour matched the Pacific ocean the bar overlooked.

The £10 concoction was created in 1957 at the Hilton Hawaiian Village Waikiki Beach Resort in Honolulu — now one of the biggest hotels in the world.

A few modern tweaks to the rum, Blue Curacao, pineapple and sweet-and-sour recipe (and sometimes vodka) haven’t dulled the colour or the kick. Visit hiltonhawaiianvillage.com. 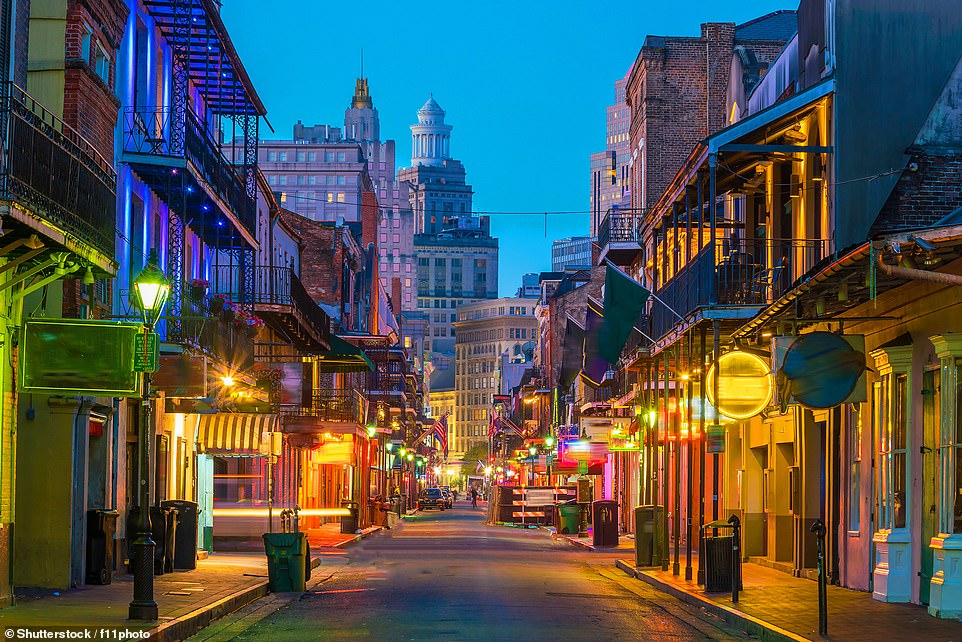 Named after the French Quarter in New Orleans, home to the creme de la creme Hotel Monteleone. The £10 cocktail — which includes brandy, rye whisky, cognac, vermouth and aromatic bitters — isn’t for the faint-hearted.

It was dreamed up by Walter Bergeron in 1938, head barman/ringmaster supreme at the hotel’s Carousel Bar — which looks like a circus big top.

There are just 25 seats at the bar; make sure one is yours and be reassured that it’s the merry-go round bar that is spinning (very slowly), not you… Visit hotelmonteleone.com.

The cafe’s owner had been unable to recreate the precise flavour and joy of the Irish coffee knocked up by Joe to welcome passengers to Shannon airport in Ireland — and so he persuaded Joe to cross the Atlantic permanently instead.

Every day the bistro, converted from a boarding house to a saloon in 1916, serves 2,000 of its £9 signature cocktail made of sugar, Irish whisky, coffee and whipped cream. Visit thebuenavista.com.

The best honeymoon-style holidays for solo travellers, from St Lucia to Kenya