Borussia Dortmund have put a £150million price tag on the strike sensation, leading Scholes to believe that only United or Chelsea can afford him. 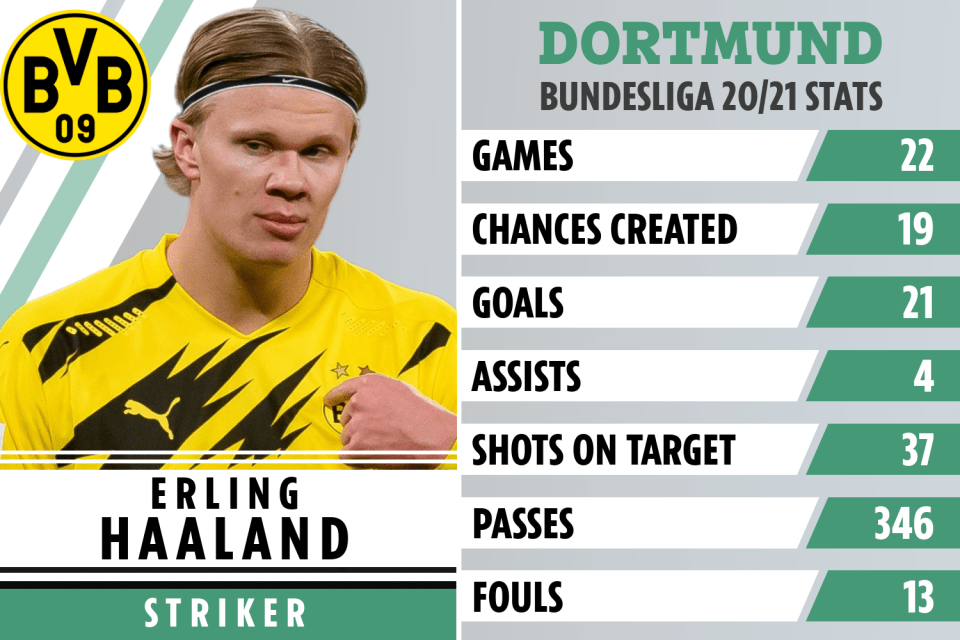 Barcelona and Real Madrid have already held talks with the 20-year-old’s entourage, while Manchester City have also been linked.

But Scholes, 46, does not believe the LaLiga giants have the finances to pull off the deal.

And he also doubted Pep Guardiola’s desire to spend big on a striker.

Asked about a United bid on BT Sport, the former midfielder explained: “I think they probably would, why not?

“I think it’s about the club who can pay for him. I don’t think there’s too many of them.

“You think of Real Madrid and Barcelona, all the noises you hear.

“They probably couldn’t pay that type of money.

“Man City look like they don’t want to pay that type of money.

“To be fair, they very rarely play with a No9 anyway. Even with [Sergio] Aguero and Gabriel Jesus, he’s hardly played them.

“So is that the type of player that Guardiola wants? I’m not sure it is.

“They’re probably the two clubs who I think could probably afford it this summer.”

However, fellow former Premier League player Jamie O’Hara has told United they will struggle to sign the Norwegian.

Paul Pogba’s situation was used by the ex-Tottenham star to outline how Haaland may be nervy about joining a team short on trophies.


Utd crisis with Maguire, Shaw AND McTominay all suspended for second leg

He told talkSPORT: “Look at Pogba. They paid £100million for him and he’s gone they’re thinking we’re going to the next level.

“And it hasn’t worked. He’s been almost trophyless.

“Haaland’s not going to Manchester United where it will be, ‘We might win something, we might not’.

“He’s going somewhere where he is winning everything.”

Loading...
Newer Post
Smart motorways cause 'ongoing concerns': Not safer than traditional roads 'in every way'
Older Post
Kate Garraway reveals moment husband Derek burst into tears as he reunited with his kids for first time in four months

Who is Jerry Blackwell in the Derek Chauvin trial? 0