Radical plans to transform a ‘tired, tourist trap’ in the heart of Sydney into a slick waterfront boulevard complete with a 42-storey residential tower

Developers have released plans to radically revamp the Harbourside Shopping Centre in Sydney’s Darling Harbour to include a 42-storey residential tower.

Dubbed a ‘tired, tourist trap’, the harbour area is being designed by architecture firm FJMT, who have now released their plans for the $1.8billion redevelopment.

The site opened during Australia’s Bicentennial celebrations in 1988, before it was bought for $252million by Mirvac in 2013.

The renewed plans will demolish the current shopping centre, monorail structure and pedestrian bridge at Darling Drive to put in retail spaces.

Restaurants, open areas, a civic square and a wider waterfront boulevard with a footbridge to Pyrmont will also create 8,000 square metres of public space. 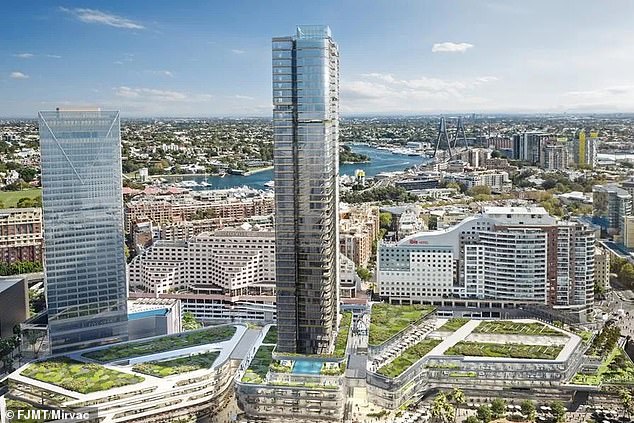 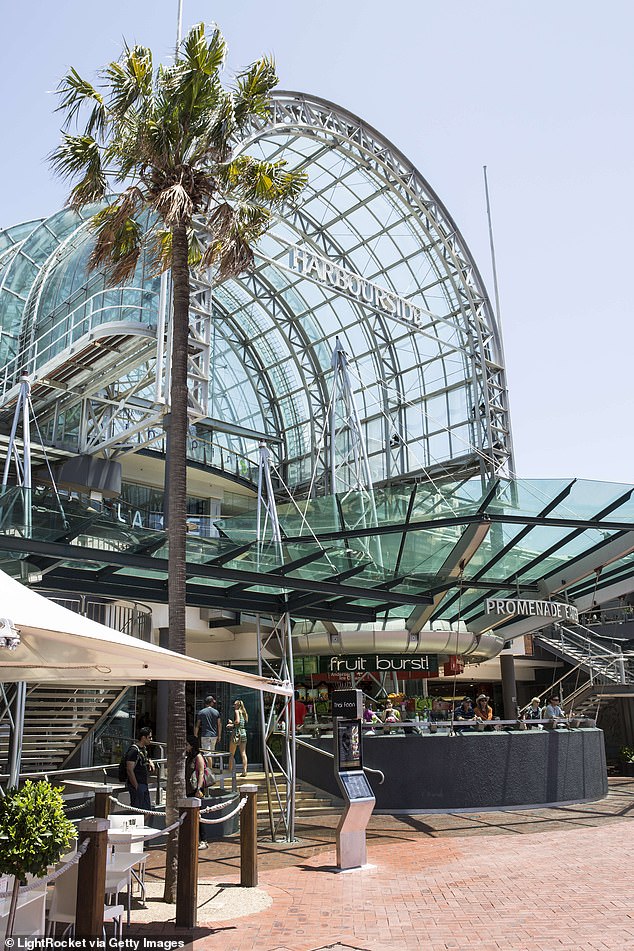 The developers told Architecture AU the site is ‘outdated and in decline’.

Initial plans for the site were criticised due to the size of the residential tower, with locals concerned it would block waterfront views and cause overshadowing.

Mirvac’s updated proposal has removed one to three storeys from the northern side of the tower and created a 1,500 metre open area called Guardian Square.

But 13m have also been added to the building to restore it to the original height of 166m.

Buildings must be a maximum of 170m tall to be allowed in the precinct.

FJMT believe the taller and narrower building will offset some of the impact of the view.

‘The tower adopts an elongated plan, with the narrow facade oriented to the east and west, with wider facades to the north and south,’ they said. 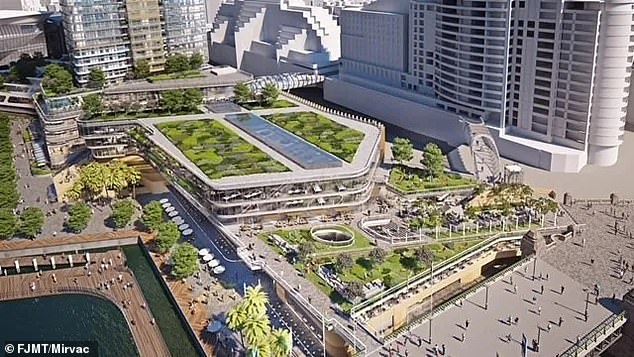 Developers hope to put in retail spaces, restaurants, open areas, a civic square and a wider waterfront boulevard with a footbridge to Pyrmont to create 8,000 square metres of public space (plans pictured)

‘The narrow waterfront tower facade coupled with the current podium form and set back will provide opportunity for a high level of amenity at ground plane with consideration of wind.’

A response to public submissions by Mirvac consultants Ethos Urban said the site would be ‘immeasurably improved’ in the development.

‘Mirvac plan to undertake a design competition for the project which will deliver a future building of the highest standard of architectural, urban and landscape design.’

The demolition of the current site would take eight months before construction could commence, creating 6,000 jobs including 2,100 in the demolition. 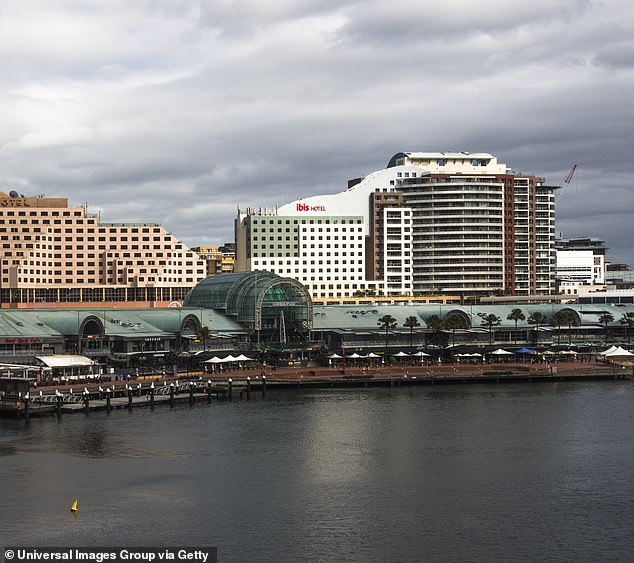