Queen, Prince Charles, Harry and William among 15 guests to attend Prince Philip’s wake after his funeral

THE Royal Family put on a united front as they said their final farewell to Prince Philip today at Windsor Castle’s St George’s Chapel.

U.S. Suicides Declined Over All in 2020 but May Have Risen Among People of Color
Convicted rapist among those apprehended crossing US-Mexico border
Florida's Coronavirus Cases Rise, Especially Among the Young

THE Royal Family put on a united front as they said their final farewell to Prince Philip today at Windsor Castle’s St George’s Chapel.

Although Covid restrictions granted the Duke of Edinburgh’s wish of a “no fuss” affair, they have drastically restricted the ceremony to just 30 mourners and just 15 permitted at the wake. 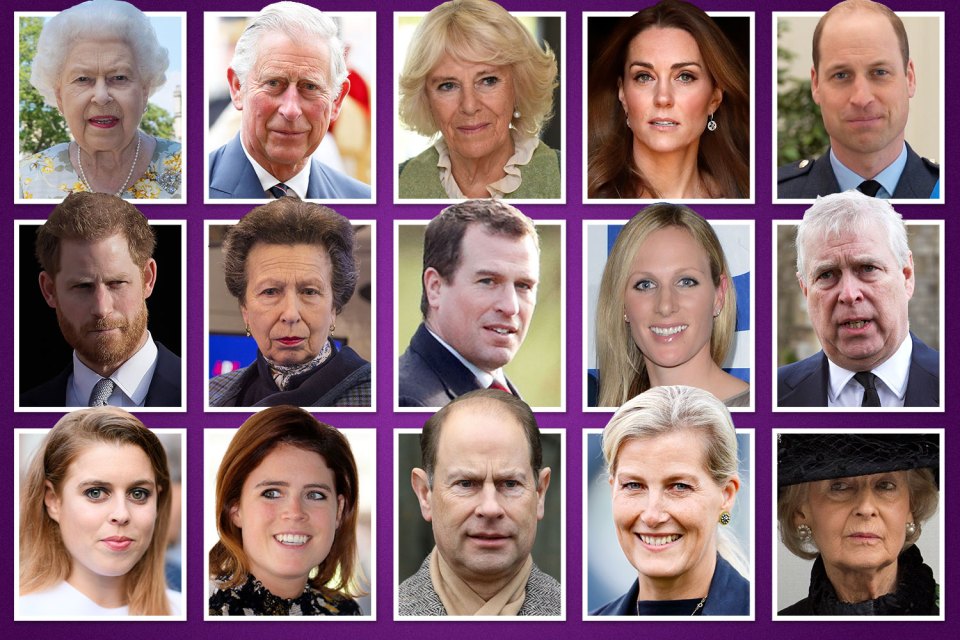 Charles and Anne led the precession[/caption]

Although Philip’s burial was broadcast live on television, any commemorative events held to honour the 99-year-old’s life have not been publicly disclosed.

But after the intimate official list of guests, it is thought close family members will again take priority on the guest list of the potential wake.

It has not been announced whether a wake will be held, where it would take place, and who would be invited.

Despite a small lax in some government rules recently, funerals remain capped at 30 people and only 15 mourners are permitted to attend commemorative events such as a wake.

Alongside Her Majesty the Queen, her and Philip’s four children and their partners, as well as their grandchildren, said their final farewells on what was described as “the saddest day” for his beloved wife.

Camilla, Kate Middleton, and Sophie, Countess of Wessex, are also thought to have made the potential list, while the final place will assumedly be taken by the Queen’s first cousin, Princess Alexandra.

Harry and William shared a tender moment after the service, seen deep in conversation after walking behind their late grandfather’s coffin – marking a touching end to a turbulent year between the two brothers.

Philip made his final journey in a Land Rover hearse he designed himself to St George’s chapel at Windsor Castle.

Charles then lead the procession and was met by 30 guests for the historic occasion.

Covid has meant Philip’s entire send-off has been scaled down, but it remains a day to remember.

A Buckingham Palace spokesman said : “While clearly the plans have been modified to take into account public health guidelines, the ceremonial aspects of the day and the funeral service itself are still very much in line with the Duke’s wishes.”

In line with the Duke’s wishes, Prince Philip will be laid to rest in a ceremonial – rather than state – funeral.

Action Stations, sounded on naval warships to signal all hands must go to battle stations, were played at the request of the Duke.

Buglers of the Royal Marines performed the wartime alert, a tradition sometimes associated with naval funerals, in honour of Philip’s active service in the Royal Navy during the Second World War.

And the Last Post was played to signify “a soldier has gone to his final rest”.

The Duke’s body was interred in the Royal Vault of St George’s Chapel after being placed on a catafalque on a marble slab.

He was buried with a special sword was given to him by King George VI for his marriage to the Queen in 1947 which is engraved with a message from his father-in-law.

Buckingham Palace revealed the list of mourners on Thursday.

It included the 15 thought to be invited to the wake, plus 15 other close family members and friends.

Guests were banned from singing at the service due to coronavirus rules, but a choir did perform.

It was earlier revealed by a Buckingham Palace spokesperson that: “Family will be wearing Morning Coat with medals or Day Dress.


Boy, 17, dies after being knifed at sports club as teens, both 15, arrested


Topless woman held outside Windsor Castle after shouting 'save the planet!'

“Members of the Royal Family will not be in military uniform.”

It came after the Duke of Sussex had faced the humiliating prospect of being the only senior man in the royal family wearing civvies after losing his honorary ranks.

There was also said to be “serious Navy displeasure” at being dragged into a row over Prince Andrew possibly wearing an admiral’s uniform.

Prince Philip’s coffin was placed in the adorned chapel[/caption]

US fertility rate declines for sixth straight year amid pandemic 0