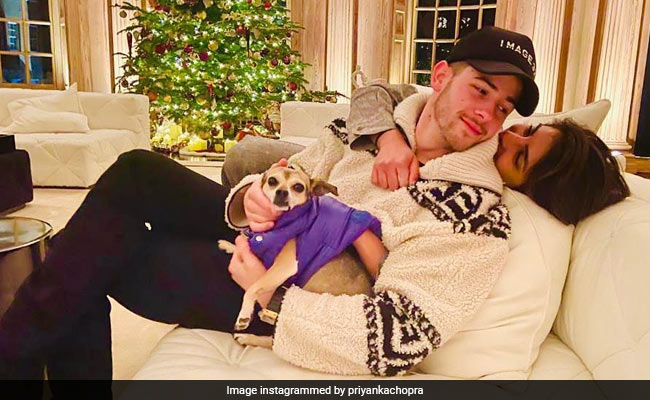 Priyanka Chopra’s latest Instagram story is proof that she is in festive mode.

Winter season is in full swing and everyone is in festive mode yet again – with Christmas approaching fast and New Year too being right around the corner. There are a number of foods traditionally eaten on the festival of Christmas such as stuffed turkey or pumpkin pie. However, one more common delicacy popularly sighted on Christmas Day is the gingerbread house, made with ginger-flavoured biscuits and decorated with frosting, candy and cream. Priyanka Chopra took to Instagram to share the picture of a gingerbread house which was gifted to her and husband Nick Jonas by their close friend, actor Jada Pinkett Smith. Take a look: 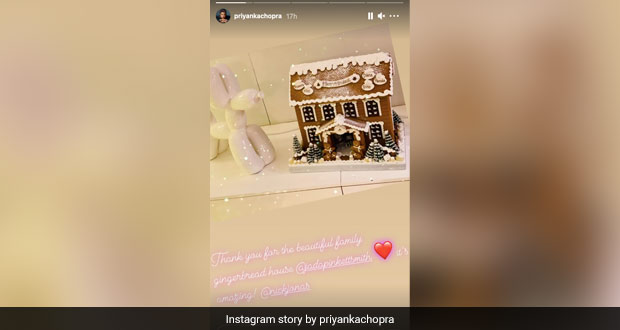 “Thank you for the beautiful family gingerbread house, Jada Pinkett Smith! It’s amazing,” wrote Priyanka Chopra in her Instagram story. In the picture, we could see a tiny gingerbread house which was intricately detailed. There was a small banner of ‘Happy Holidays’ right on top of the Gingerbread house. The frosting on the house had the names of the entire Chopra-Jonas family, including Priyanka, Nick, as well as their three dogs Diana, Panda and Gino. The house also featured tiny Christmas trees and snow-covered window panes. What a great way to bring in the festive cheer!

On the work front, Priyanka Chopra will next be seen in the film ‘White Tiger’ alongside Rajkummar Rao. She will also be releasing her memoir ‘Unfinished’ in January 2021, which became the number one best-selling book within 12 hours of being made available for pre-order in the US.