COPS are begging parents to keep their kids home over Easter as chaotic scenes at packed parks risk a fresh coronavirus lockdown.

Health Secretary Matt Hancock said, “enjoy the sunshine, by all means, but nobody is safe from this virus until we can make everybody safe”.

Cops were called to the Manchester event on March 31[/caption]

Cops were called to Manchester city centre on March 31 after hundreds of revellers gathered for a live, large DJ set.

Officers were pictured arriving to disperse crowds of people drinking and dancing in Castlefield Bowl with a large set up with speakers.

Passersby said that glass bottles were thrown at the police, who cleared the revellers by forming a riot control style line. The area was left filled with rubbish.

Also last night, officers in Leicestershire begged parents for help, tweeting: “As predicted we are busy between parks and busy with normal demand.

“We are having to take another child home who is drunk from a park.

“We have dedicated officers who are going from park to park to try and keep everything under control. We cannot sort this alone, we need your help.”

The force’s desperate request comes amid fears the sudden mingling since Covid restrictions were eased on March 29 could lead to a spike in cases and another lockdown.

Flouting the rules and dodging social distancing could plunge the country back into tougher restrictions later down the line or delay the roadmap out of lockdown.

Parks have been shut, booze seized and drunk youngsters escorted home by cops for the past few nights as hot weather saw Brits hit green spaces.

And a Leicestershire councillor told those flocking to parks they are “setting up another Covid-19 timebomb all set to explode”.

Cllr Phil Knowles added: “The last thing we want to do is to spark off a new wave of infections in Harborough and go straight back to square one.”

Experts have warned against letting our guard down too soon. Prof Lawrence Young told the Sun Online: “The virus is still out there and very infectious.

“While the risk of transmission is low in outdoor spaces, crowding together could result in some spread of the virus and it’s too easy to take liberties which we consider to be low risk but aren’t e.g. close contact by hugging or popping inside to go to somebody else’s toilet.

“We need to hang on in there with the current restrictions for a bit longer – none of us want another lockdown.” 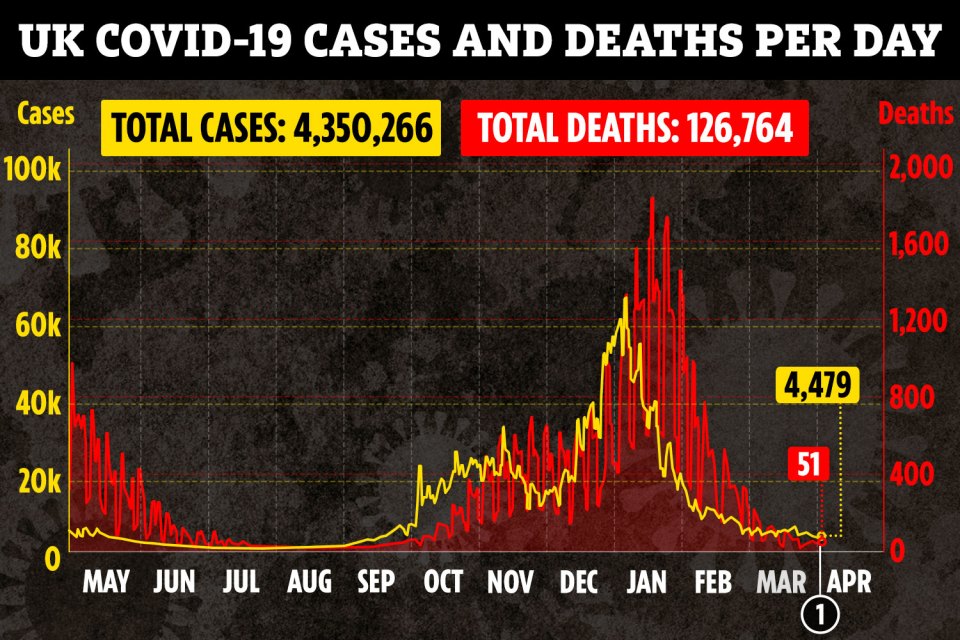 After the Rule of Six was brought back in and the country was treated to a mini heatwave, Matt Hancock warned Brits “don’t blow it”.

Today he told Sky News: “This is a very strange, very dangerous virus and it’s yet another reason for everybody to be cautious.

“Enjoy the sunshine, by all means, but nobody is safe from this virus until we can make everybody safe.”

Professor Adam Finn tweeted: “Throngs of young people crowded together in their hundreds enjoying the beautiful warm evening together by the water.

“A complete change. If this is happening everywhere then we can confidently expect case numbers to rise next week.”

Cops spoke to a bloody and bruised man as darkness fell in Hyde Park, Leeds[/caption]

Hundreds of young people also gathered at the Forest Recreation Ground in Nottingham with booze – despite cops saying it would be confiscated.

Police and crime commissioner Paddy Tipping said cops would be seizing alcohol from sunseekers and officers were seen pouring bottles of beer onto the grass at the park tonight.

He said: “Police think that if they can get on top of control over alcohol confiscation, and make the people holding it pour it away, then it will lead to better behaviour.”

Warwickshire Police also said more patrols would take place over the weekend, with a spokesperson adding: “We have seen an increase in parties and gatherings in recent weeks, and this is not sensible.”

There were loads of partygoers at the park[/caption]

Seafronts, parks and promenades have been packed in Brighton, Leeds, Sheffield, Birmingham and London.

Experts have warned of a spike in infections after cooped-up sunseekers flocked outdoors to mark the hottest March day in more than half a century yesterday.

It comes after England’s parks and beaches were strewn with litter this morning after celebrating the hottest March day in 50 years.

Disgusting scenes showed plastic bottles, cans, plastic bags and BBQs left in parks and green spaces across the nation after record numbers of people came out to take advantage of the good weather.

People took a toilet break in the park in Leeds[/caption]

As of Monday, six people, or two full households, are allowed to meet outside – including in back gardens.

This is the first time in four months that groups of that size are legally allowed to meet up.

And the Government’s “stay at home” rule has now been replaced with “stay local.”

The Rule of Six has returned to let Brits meet up with six mates outside while outdoor sports are back on.

And Brits can even go inside other homes – but only briefly to use the toilet, get a drink or walk through to the garden. The same rule will apply to toilets when pub gardens reopen in April.

But cops have said the two household mixing loophole means the Rule of Six is impossible to police.

Cops have said it’s no longer as simple as counting six people and fining larger groups.

This is because the rule also states that a group of “any size from up to two households” which includes “an existing support bubble, if eligible,” can meet.

Despite the lockdown easing, there are still rules in place – people must socially distance from each other, and meeting indoors is still banned.

Holidays are still banned, and anyone caught trying to leave the country for a non-essential reason faces a fine.

Outdoor sports facilities including golf courses, tennis and basketball courts and swimming pools can all open from March 29, although the Rule of Six still applies.

However, there’s a loophole for this too – if the sport has been formally organised by a qualified instructor, club, company or charity, the limit doesn’t apply.

Places of worship have remained open during the latest lockdown, but restrictions are in place for Easter services.

Rules say people “must not mingle with anyone outside of your household or support bubble”.


Bodies found at house confirmed as missing mum, 25, and her daughter, 2

Rules around funerals, which are allowed with 30 attendees and wakes with six attendees, also remain the same.

But there’s good news for people hoping to get married. Weddings will no longer be limited to exceptional circumstances.

This means anyone wishing to tie the knot can do so with up to six attendees.

Revellers danced and partied in the warm weather on Monday[/caption]