Sonam Kapoor has made no qualms about the fact that she is a hardcore foodie. Many of us would recall that Sonam had also lost immense amount of weight before entering the film industry. Over the years, Sonam has grown fond of eating clean and healthy, but that does not mean her diet only comprises bland and bring foods – and her Instagram is proof. On Wednesday, the actor took to Instagram to give a shoutout to her favourite Indian Restaurant in London-Bombay Bustle. The restaurant had sent her a delicious South Indian lunch.

Sonam, who tried capturing a glimpse of her lunch in her Instagram story, could be heard saying – “To my favourite Indian restaurant in London, Bombay bustle, for my South Indian lunch, sambhar , idli, chutney, tomato chutney, thank you.”

(Also Read: Sonam Kapoor Reveals How Giving Up Sugar Because Of PCOS Changed Her Life) 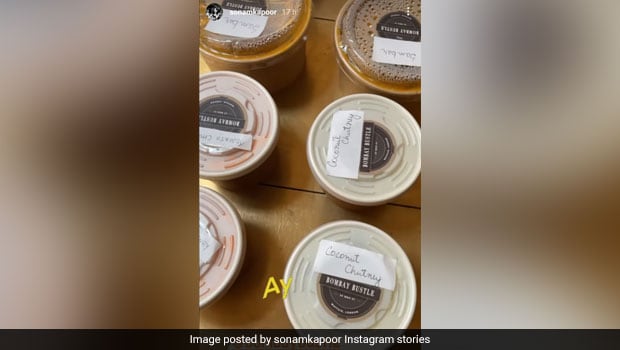 Sonam Kapoor has often admitted in many of her interviews that she has a soft spot for Indian food, especially the soothing South Indian fare. 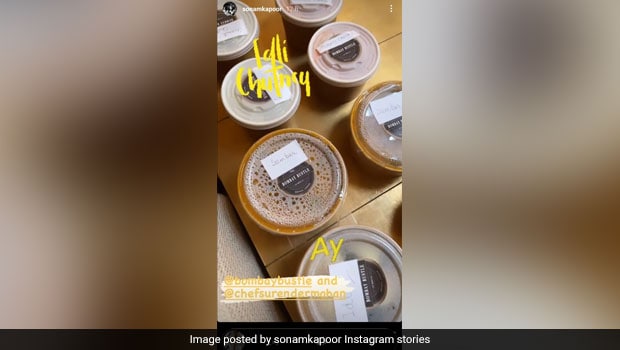 Sonam Kapoor was last seen in the ‘Zoya Factor’, an adaptation of the best-selling novel of the same name. She was paired opposite south sensation Dulquer Salman, who played a cricketer in the movie. Sonam Kapoor would also be seen playing a small role in upcoming movie ‘AK v/s AK’ – a thriller-drama starring her father Anil Kapoor and director Anurag Kashyap. The movie is all set to release on a popular OTT platform on 24th December.