MARRIED Alabama Secretary of State John Merrill has has dropped out of the Senate race after his former mistress released sexy texts exposing their alleged affair.

The Alabama politician had initially insisted he was being harassed by Cesaire McPherson, 44, after she spoke out about their alleged affair.

Cesaire McPherson, 44, spoke out about their alleged affair[/caption] 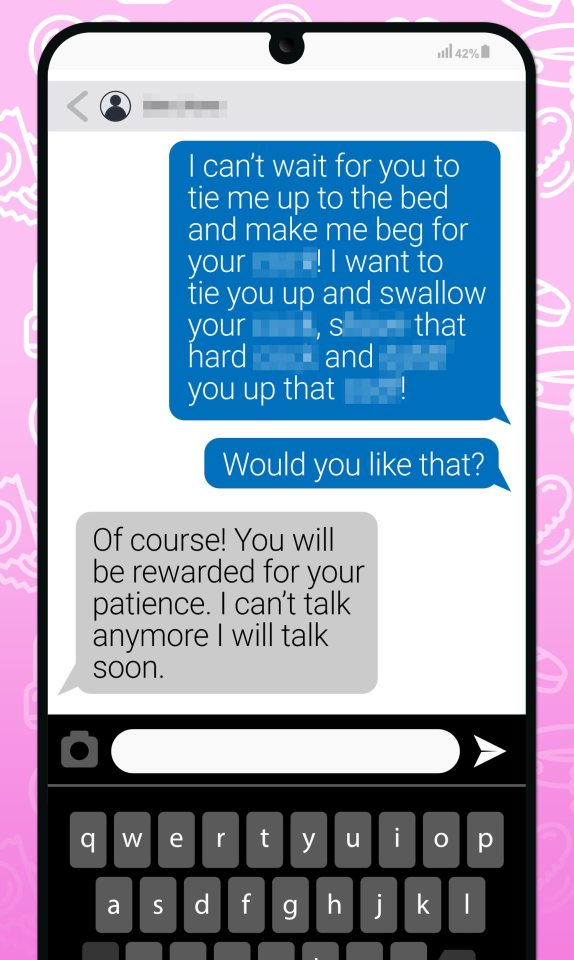 Merrill has dropped out of the US Senate race after McPherson claimed they had a three-year affair to the online blog National File.

Although he insisted the legal assistant’s claims “were entirely false” on Tuesday, Merrill has since issued a contrite statement to AL.com after the messages and a recorded phone call came to light.

“I will obviously not be a candidate for the United States Senate nor will I be seeking any other elected position in 2022,” he told the publication on Wednesday.

Merrill married his wife Cindy Benford Merrill, in 1985 and they share two children, Brooks Merill and Allie Grace Merrill – but McPherson made some shocking claims about the Tuscaloosa family man.

She alleged that they enjoyed a secret tryst from November 2017 until November 2020 and unleashed filthy text exchanges after claiming she had sex with Merrill in his marital bed.

McPherson made some shocking claims about the Tuscaloosa family man[/caption]

She said she had sex in the Merrills’ marital bed[/caption]

“Would you like that?” she concluded as Merrill supposedly replied: “Of course! You will be rewarded for your patience. I can’t talk anymore. I will talk soon.”

McPherson claimed he enjoyed putting clothespins on his nipples, liked ‘the top of his c*** to be bit,” “a finger up his a**,” and was partial to using b*** plugs.

McPherson described how she started the relationship via social media and began texting the secretary of state, suggesting a lunch date.

She recalled: “And he said, ‘or something?’ And I was like, okay. So, it was from like November until January, we’d just send text messages back.

“Then in January we started to just like over Facebook video just showing each other our body and doing things.”

The affair allegedly began in 2019[/caption]

“Then when he met me for the second time in person and realized that I really am, I’m a very sexy kind of person, and I can’t help it. I just am,” McPherson continued.

“It was July 2019, and then we’d just, he’d come over Sunday night, Monday night, sometimes Tuesday nights if she [his wife] didn’t come into town and stay in the apartment with him because he would have to be there with her.”

“And mostly Wednesday and Thursday. Sunday, Monday, Wednesdays, and Thursdays, and then if he had a weekend,” she added. “I stayed at his house twice.

“I went and spent the night, and then I slept in her bed and had sex in her bed.”

‘I went and spent the night, and then I slept in her bed and had sex in her bed,’ McPherson said[/caption]

Merrill initially denied the affair and accused McPherson of “stalking” and “harassing” him before issuing a contrite statement to AL.com.

He reportedly acknowledged that they had an “inappropriate relationship” and there was “no excuse” for it after an explicit recording McPhersan also leaked.

Merrill was expected to make a bid for Senator Richard Shelby vacant seat in 2022 against the pro-Trump congressman, Mo Brooks but the affair reports have shuttered his plans.

McPherson also leaked audio of a 17-minute phone conversation she said that she had with him last October, discussing sex acts they enjoyed over the past three years at a local inn, her house, and his apartment.

Merrill said that he hoped to draw strength from God to end the affair.

In a statement, Governor Kay Ivey remarked: “It is always unfortunate when someone in public life, especially an elected official, betrays the trust of his family, his constituents and those who have supported him.

“My thoughts and prayers are with all who have been negatively impacted by these poor decisions and bad choices.”

Days before admitting to the relationship, Merrill told the Tuscaloosa Patch “it is abhorrent and incredibly disheartening that [McPherson’s] obsession and harassment of me has made her tell complete and utter lies.”

The best selling bullet blenders of 2021 for speedy smoothies 0

Inside Joe Hart’s stunning mansion on market for £3.69m including home cinema, wine room, huge gym and pitch in garden 0