MARK Wright broke down in tears as he revealed the horrific moment his Uncle Eddie died of coronavirus. The 34-year-old TV and radio star told T

MARK Wright broke down in tears as he revealed the horrific moment his Uncle Eddie died of coronavirus.

The 34-year-old TV and radio star told The Sun he rushed to be with his devastated dad after getting “the dreaded phone call”.

Eddie, the heart of the Wright family, died last month after four other loved ones ended up in hospital over Christmas.

Speaking about his cousin, he said: “Elliot would message me and say he’s not too well and they’re thinking about putting him in a coma.

“It’s hard to re-live it. I never thought I would have to do this but I think it’s important to raise awareness.

“In the end you get the dreaded phone call. I burst into tears. At that point my attention went from it being my uncle to being my dad’s brother.

He said: ‘In the end you get the dreaded phone call – I burst into tears’[/caption]

“It was the first time in my life that I had to be there for my dad. I just went over to him and grabbed him and he put his head into my neck and cried.

The star warned: “My family never even mixed, they never even saw each other and they all got it at the same time.”

Mark was reeling from six relatives getting the virus within days of each other when his beloved uncle Eddie died last month.

Mark revealed how wife Michelle Keegan supported him as he comforted his dad over Eddie.[/caption]

Devastated Mark described the 65-year-old as the heart of the Wright family — and he says he will never get over it.

Mark revealed he prayed day and night when his family were in ­hospital, crying as he told The Sun: “I could have lost them all.

“I’m struggling to cope with this. In December and January I was at a point with a grandma, grandpa, mum, dad and uncle — when I could have lost them all.

“Covid tore my family apart and it’s not going to be the same again.”

He is utterly heartbroken at the tragic loss of Eddie — father to Mark’s cousin, Towie star Elliott Wright­.

Mark said: “I am sat here one uncle less. He’s the heart of our family. We’re all heartbroken beyond belief. I’m trying to be there for many, many family members who are devastated.

“Eddie’s sons, my cousins Elliott and Edward, are like my brothers.

“It feels worse that it’s a new virus. If it was something else like cancer it would be just as hard.

“But Covid feels so alien and I’ve lost someone so close to something so new. I struggle with this because it didn’t have to happen. Why did this virus have to take him?”

Mark speaks harrowingly of how Covid rules meant he was unable to visit his grandmother Irene, dad Mark Snr or his uncle Eddie while they were in hospital.

He eventually used FaceTime to talk to his dad and communicated with his nan through a window from the car park.

‘I prayed every day and night’

He recalled: “I’ve never been that religious but I prayed every day and night when my dad was in hospital.

“The worry level was one million for me and I couldn’t go and see him because you’re not allowed.

“I thought if I lose my dad, I’m never going to get over this. My dad’s got asthma.

“I was just at home waiting for news. My brother sent a message I never want to read again.

Mark and his grandad Eddie[/caption]

“It said, ‘I’m really worried about Dad, his eyes don’t look right, his colour has gone and his oxygen levels are really low so we called an ambulance and they said they’ve got to take him right now’.

“At that point, when you’re not with your dad, you think you’ll never see him again.

“I couldn’t go to the hospital. I couldn’t say ‘Goodbye’.

“I managed to FaceTime my dad after two days — he had pipes coming out of his face and nose.

“I got the image on my phone and I cried my eyes out looking at the picture. I told him he will be OK and just breathe.

Tearful Mark said: ‘I am sat here one uncle less. He’s the heart of our family. We’re all heartbroken beyond belief’[/caption]

“My dad’s a very proud man and he tried to not let us worry.”

His mum Carol and another uncle Georgie, 62, got Covid too but were not admitted to hospital.

When Mark’s 85-year-old grandmother Irene also caught the virus, the family prepared for the worst.

She ended up in hospital for more than a month, unable to get a negative test and return home to her husband Eddie.

Mark said: “My nan gets Covid at the start of December. They kept testing her and she wouldn’t get a negative test.

“She couldn’t understand why they were keeping her in. She thought we were punishing her. For about a month we’d have to go to the hospital car park and talk to her through the window.

“She would cry and say she’d want to come out, but we couldn’t let her home because we didn’t want my grandad to get it.

“Finally, she gets a negative test and comes home. In the middle of this my grandad gets Covid.”

His uncle Eddie also came down with the virus shortly after Christmas and was taken to hospital — and weeks later Mark got a phone call he had been dreading.

He sobbed: “Elliott said he’s going into a coma and we knew it wasn’t good. They moved him out of ICU to a ward where (wife) Deborah could be by his side day and night.

“We got a video of him moving his head and that was the first time he moved because he was sort of paralysed. It was an improvement and Deborah was really happy — it was a massive step.

“But then he started to get more infections. In the end, you get the dreaded call saying he’s just deteriorated overnight and he’s probably going to die today.

Mark has recently signed to play football for Crawley Town[/caption]

“He was getting better. That’s what f***ing upsets me so much.” Mark revealed how wife Michelle Keegan supported him as he comforted his dad over Eddie.

He recalled: “I’ve never seen my dad shed a tear — he’s the warmest man but he’s such a proud man, quite reserved. I knew we were going to lose Eddie and I just went to be with him. I burst into tears and he stayed strong.

“I knew how much Eddie was his best mate — it’s my dad’s big brother who he looks up to.

“I always turn to him but this is the first time in my life I had to be there for my dad. 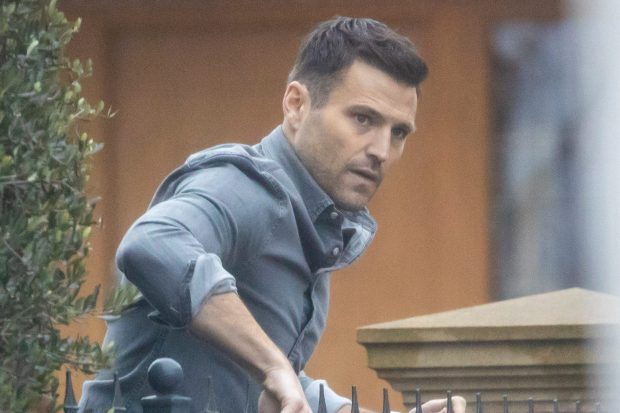 MARK’S 85-year-old nan is released from hospital after having Covid but testing negative.

The family spent a heart-breaking month communicating with her through the hospital window after more than a month of positive tests.

HIS dad tests positive for Covid.

Soon after Mark’s dad’s older brother Georgie is taken to hospital with the killer virus.

MARK’S 87-year-old grandad is struck down with the virus.

THE star gets a call from cousin Elliott to say his dad Eddie — Mark’s uncle — has Covid too.

MARK has to self- isolate on his birthday after a Covid outbreak at his team, Crawley FC. Wife Michelle is OK to film Brassic in Manchester.

THE family lose Eddie Wright after he has spent eight weeks in a coma battling the virus.

“I could tell he was broken-hearted but he didn’t cry. He just sat there and was hollow. Michelle texted me saying, ‘What is your dad doing right now? Go hug him’. I’ve never really hugged my dad for years since I’ve been grown up. We don’t really do that.

“I had just lost my uncle, the worst day of my life. I had to flip my attention to my dad because when he’s stressed, he bottles it up. It’s the first time in my life I told him to let it go.

“Then he cried and we hugged, it’s a weird moment. On one hand I’ve lost my uncle and I’m never going to see him again, I loved him so much. On the other hand, I had a moment with my dad that I’ve probably been waiting for all my life — but it will never heal the pain of losing Eddie.”

The horrifying experience has left Mark a changed man who wants to live life to the full in honour of his uncle. He said: “It’s changed my outlook on life — made me realise you can’t dwell on little things.

Most read in Celebrity

“I have this inner strength because Eddie would do everything for anyone. He was a strong man and he wouldn’t want me to dwell on this but to remember him.

“Eddie loved what I did for a ­living, maybe even more than my own parents. He knew every time I was on TV or in The Sun.

“He knew everything about my career and read everything I did, so I’m going to miss that support.

“But it’s made me want to make him proud even more. 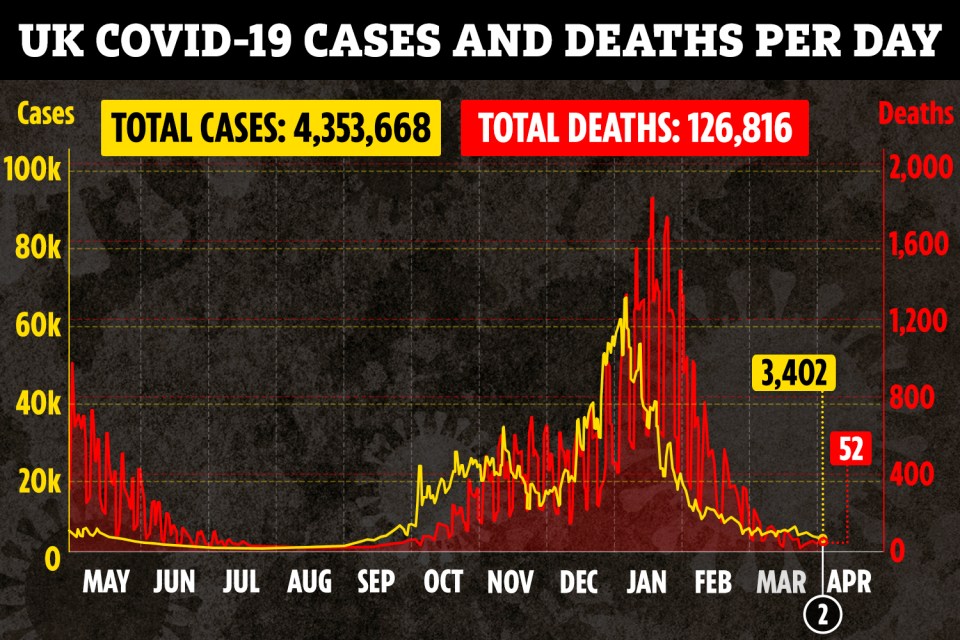 “My uncle Eddie was the guy that kept us all together and I’m not going to let that slip. He was all about the Wright family. I am going to keep that alive for him.

“I’m going to be there for my aunty Debbie, my cousins, my nan and grandad. I am going to be so grateful I had the best uncle ever.” Mark wants to concentrate less on work and spend more time with loved ones.

He said: “It’s made me think about how short my life is going to be, I’m nearly halfway through if I’m lucky.

“I’m a bit too driven, I can’t say no and I work too much. I don’t spend enough time with people I should. It’s taught me to spend more time doing things I love with the people I love at home and not trying to get the next job.”

Mark is also urging Sun readers not to be complacent and to take the virus more seriously as the UK comes out of lockdown. He said: “Don’t be like me, don’t lose a family member. Keep your distance and wash your hands — until we’re out of the woods.

MARK was talking to raise awareness of Covid and the dangers that exist around infection.

Republican lawmakers in at least 8 states are vying for more power over how elections are run. 0

Man Utd vs Brighton: 40/1 odds for a penalty to be given at Old Trafford in Premier League clash 0