DEAN HENDERSON is now Manchester United’s No1, according to Paul Scholes. But the Red Devils legend isn’t writing off David de Gea j

DEAN HENDERSON is now Manchester United’s No1, according to Paul Scholes.

But the Red Devils legend isn’t writing off David de Gea just yet.

The Spaniard returned between the sticks against Granada on Thursday night, after being benched for the clash with Brighton upon his return from attending the birth of his child back in his home country.

But Scholes, 46, believes that Henderson’s Premier League selection puts him in the United driving seat.

He said on BT Sport: “It’s always awkward when you try and keep two goalkeepers happy.

“Who is the No1 here? Ole is saying both which is clearly wrong. With David de Gea’s wife having a baby, it gave Ole the chance to make Henderson number one.

‘I think No1 plays in Premier League but has Henderson totally convinced Ole?

“What David de Gea did for 4-5 years, United could have been a mid-table team without him. I wouldn’t completely write him off.”

Scholes’ former Old Trafford team-mate Owen Hargreaves then added that it will be difficult for Solskjaer to completely drop De Gea, given his enormous wages. 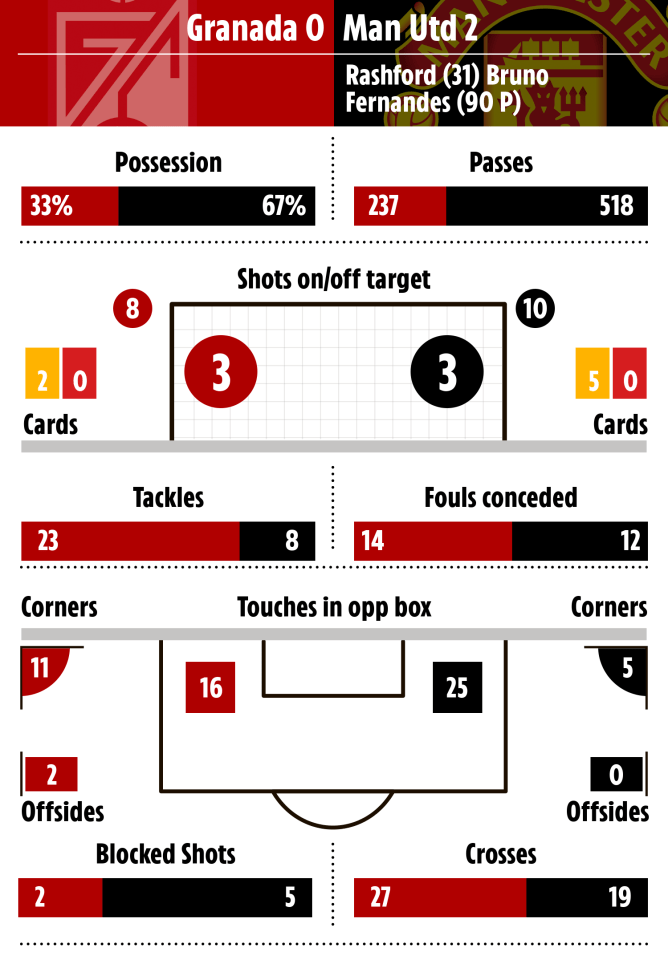 
Utd crisis with Maguire, Shaw AND McTominay all suspended for second leg

He said: “Ole’s done a good job bringing Dean back in and see if he can be number one.

“I think he hasn’t, I don’t think he’s shown he can’t be, but the problem is David de Gea is still there and with the wages he’s on and the success he’s had it will be difficult to make that big call.

“If it goes well maybe he keeps it, but it will be difficult to walk away from De Gea with everything he’s done for the club. It’s an opportunity for Dean and so far he’s taken it.”

Henderson, 24, has enjoyed a recent run in the team, taking his tally of appearances this term to 20.

De Gea, meanwhile, has largely played the big games when fit, with the 30-year-old making 30 outings – including 24 in the Premier League.

France could follow Britain’s lead and ‘Frexit’ out of EU, Michel Barnier admits 0