Logan and Jake Paul are ‘clowns’ and I’d ‘whoop their a** easily as they’re NOT real boxers, claims Claressa Shields

LIGHT middleweight champ Claressa Shields has slammed Jake Paul and brother Logan’s move into boxing. The YouTubers have caused a stir by

The YouTubers have caused a stir by opting to step inside the ring while calling out the likes of Conor McGregor and legend Floyd Mayweather.

Logan, 26, has fought once professionally and suffered defeat to fellow Youtube star KSI.

Jake, 24, has enjoyed two wins inside the ring against AnEsonGib in January 2020 and Nate Robinson in November.

On Saturday he takes on retired MMA scrapper Ben Askren at the Mercedes-Benz Arena in Atlanta.

There has been plenty of trash talk surrounding the event and Shields has hit out at the ‘clown’s’ venture into boxing.

Speaking via the MyBettingSites.co.uk blog, the 26-year-old said: “I like when the older fighters come back, like Roy Jones versus Mike Tyson.

“I think Jake Paul and his brother are more like clown shows, to be honest. But they’re making money, they’re using their platforms, but it’s not real boxing.

“Respect to them for training, I guess – but I’d much rather see Mike Tyson versus Evander Holyfield or something.

Claressa Shields has hit out at the Paul brothers[/caption] 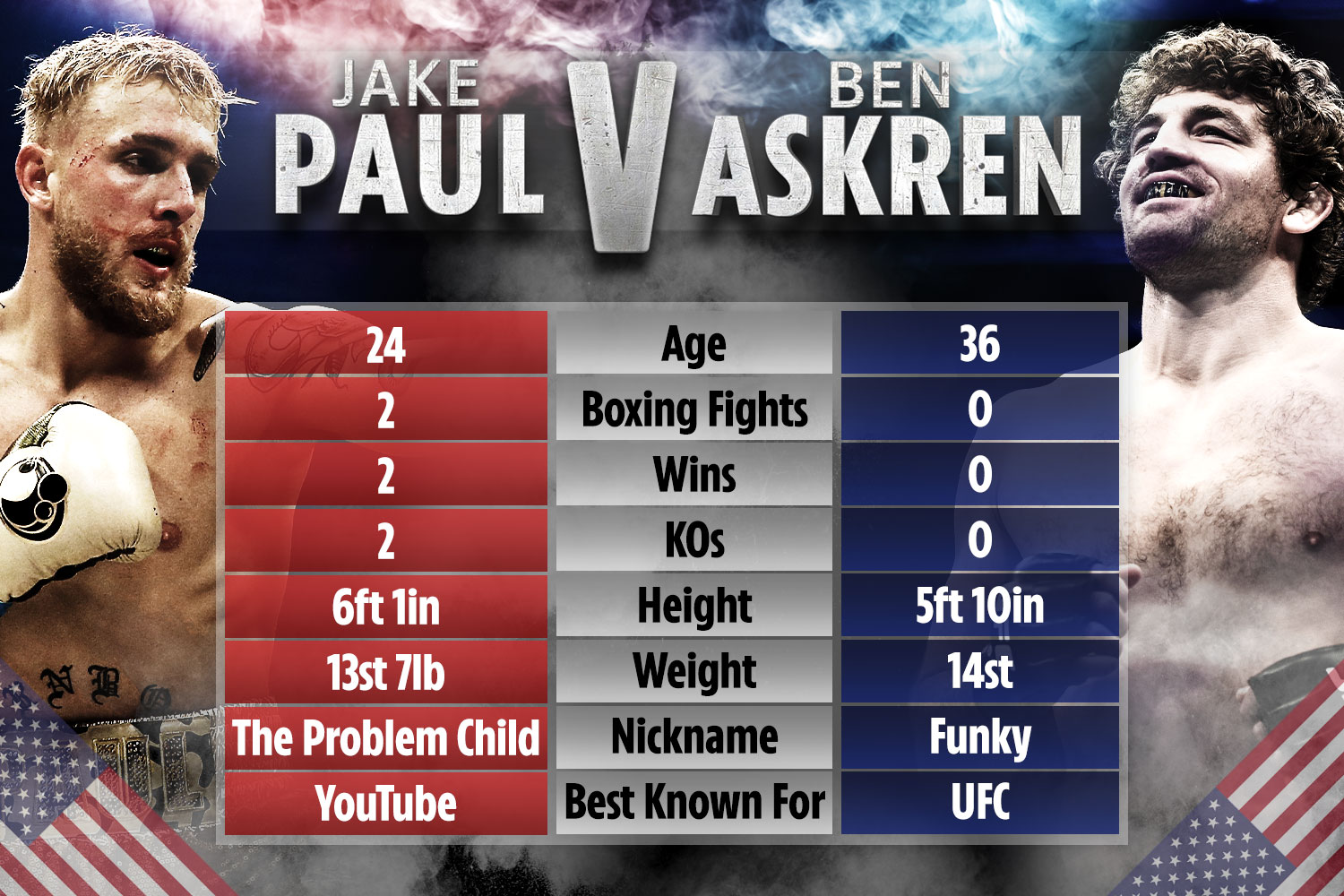 “No-one’s ever mentioned an exhibition to me because they know I do real fights – I would whoop Jake Paul’s a** though, just because he thinks boxing is easy.

“He said something about posting to Youtube for 800 days straight. Big whoop, you posted a video.

“Do you understand what it takes to become a boxing world champion? I have trained more than 800 days. Putting up a video, for one it’s free.

“You just post this s**t, the internet is doing the hard work, you’re not doing nothing. So for him to say YouTube is harder than boxing, I was like man, people are giving him a platform to say all kind of dumb stuff.

“He’s [Jake Paul] picking his fights to make it entertaining, I don’t know how Ben Askren box, I have no idea.

IF NOT NOW, WEM

“I know he’s been inside the cage before, he had a good record, so hopefully he has enough boxing skills to beat Jake Paul but who knows. Ben is known as a wrestler I think.”

Shields has earned multiple world championships in three weight classes having won each of her 11 fights.

She has also won gold medals in the women’s middleweight division at the 2012 and 2016 Olympics.

Horse racing tips TODAY: Templegate loves this Brighton Nap who scooted up at the weekend and can go in again

Horse racing tips TODAY: Templegate loves this Brighton Nap who scooted up at the weekend and can go in again 0