Lindsey Vonn may have competed in her last ski race on Sunday in Cortina d’Ampezzo, Italy.

After failing to finish a World Cup super-G as she battles pain in both of her knees, Vonn said immediate retirement ‘is a possibility.’

‘But I’m emotional right now,’ Vonn quickly added. ‘I have to really think clearly about that. It’s not a decision I make lightly or quickly.’ 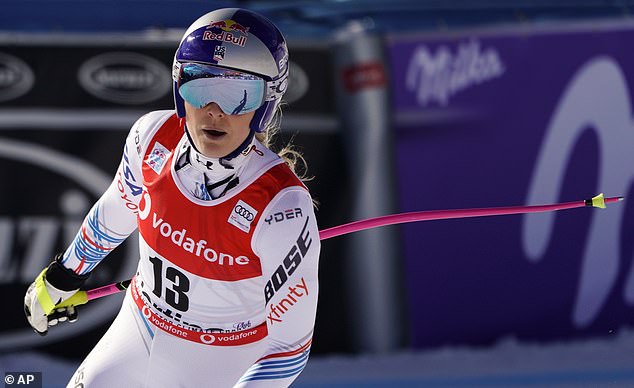 Vonn was planning on retiring in December. She returned this weekend from her latest injury – to her left knee – but her best result in three races was ninth in Saturday’s downhill.

‘I really don’t know what to think at this point,’ she said. ‘Definitely isn’t the way I had hoped that things would go.

‘I’ve been able to fight through a lot of injuries in my career but I think my injuries might get the best of me at this point. … I’m not sure. I’m going to give it a couple of days and make some decisions.’

While Vonn’s most recent injury was to her left knee – she hyperextended it and sprained a ligament while training in November – the American’s right knee is permanently damaged from previous crashes.

She’s racing with braces on both knees and goes through an extensive rehab process each evening to keep competing. 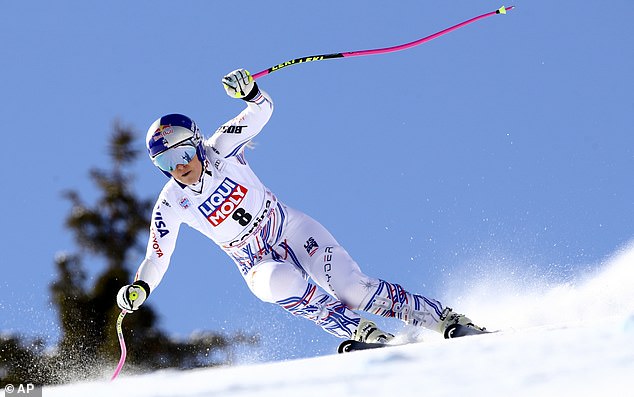 Vonn had planned to retire in December, but chose to continue despite suffering knee pain

There’s only so much I can handle and I might have reached my maximum,’ Vonn said. ‘I’m not sure. I’ve got to take a couple days’ time and really think about things.’

Vonn, who failed to clear a gate midway down, was met by Olympic downhill champion Sofia Goggia in the finish area. When Goggia presented her with a bouquet of flowers, Vonn broke down into tears.

‘I was charging today but then when I got to the finish and Sofia was there I was just overwhelmed with emotions – and it was really special that she came,’ said Vonn, who has developed a friendship with her Italian rival in recent seasons. ‘It really means a lot to me.’ 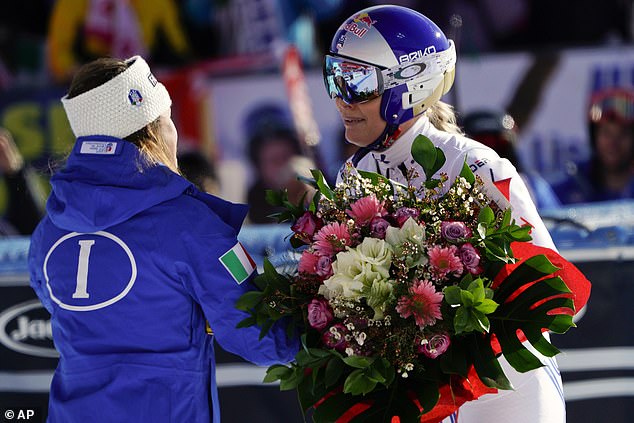 Vonn, who holds the record of 12 wins in Cortina, also broke down into tears at Saturday night’s public bib draw when organizers showed a video of her triumphs on the Olympia delle Tofane course.

Cortina was where Vonn achieved the first podium result of her career back in 2004 and where she broke the all-time women’s World Cup record with victory No. 63 in 2015.

‘It’s more emotional than I expected. You know that the end is coming but it doesn’t make it any easier,’ Vonn said.

‘I’ve been racing here in Cortina for 18 years. It’s always been a great place for me. Some amazing memories. I was hoping to make some more amazing memories this weekend – and they were amazing – just not the way I expected.

‘I cried. It was so thoughtful of them to do that for me,’ Vonn added of the video tribute.

‘I don’t expect things like that and so to have that for my last race really means a lot to me. It’s more than skiing. I hope to leave an impression that is not just about racing.’

Vonn was in contention for a podium place until she went out. 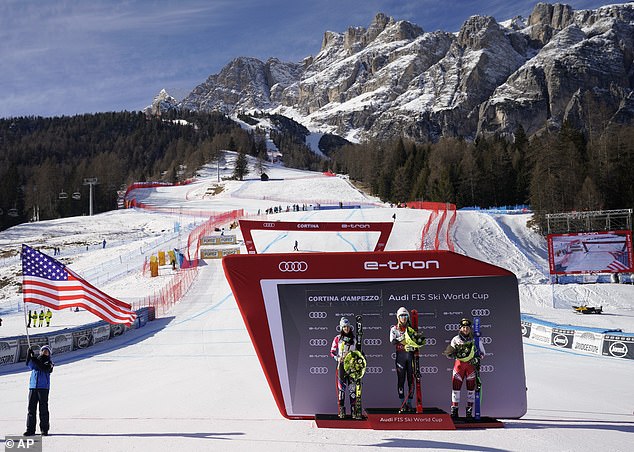 ‘It’s positive but I’m not able to ski the way I want to – the way I know I can,’ she said. ‘I’m just really inhibited with my body. My body is inhibiting me from doing what I want to do.’

Vonn wasn’t the only top skier who failed to finish. More than a third of the 61 starters also DNF’d on a course set by Vonn’s longtime coach Alex Hoedlmoser.

‘I told him to set an easy course but I think it was just a little bit different in some places than people expected,’ Vonn said.

‘I knew that that section where I went out would be difficult but I was trying to let my skis go and try to carry speed and I just underestimated it a little bit and went through the panel.’

Shiffrin, who has replaced Vonn as the top U.S. skier and who is on course for a third straight overall World Cup title, earned her first win in Cortina.

‘I just told her, `Congratulations and awesome skiing. It was a well-earned victory today,” Vonn said. ‘It’s great that another American is on top of the podium.’

Daniel Sturridge focused only on bringing title to Liverpool

Simon Cowell reveals he has lost a total of 60 pounds...