REIGNING champions Mumbai Indians kick-off this year’s IPL against Royal Challengers Bangalore – and here’s how to watch it live.

REIGNING champions Mumbai Indians kick-off this year’s IPL against Royal Challengers Bangalore – and here’s how to watch it live.

Mumbai are looking to defend the title they won last year when they thrashed Delhi Capitals in the Dubai final.

What time does it start?

This year the games were brought forward by 30 minutes from the traditional 8pm Indian time start.

How can I watch it?

Sky Sports have the rights to show the tournament in its entirety in the United Kingdom.

Viewers can watch all the action on the Sky Sports Cricket channel or stream it on Sky Go.

Non-Sky subscribers can stream the action on a number of devices by buying a Now TV pass. 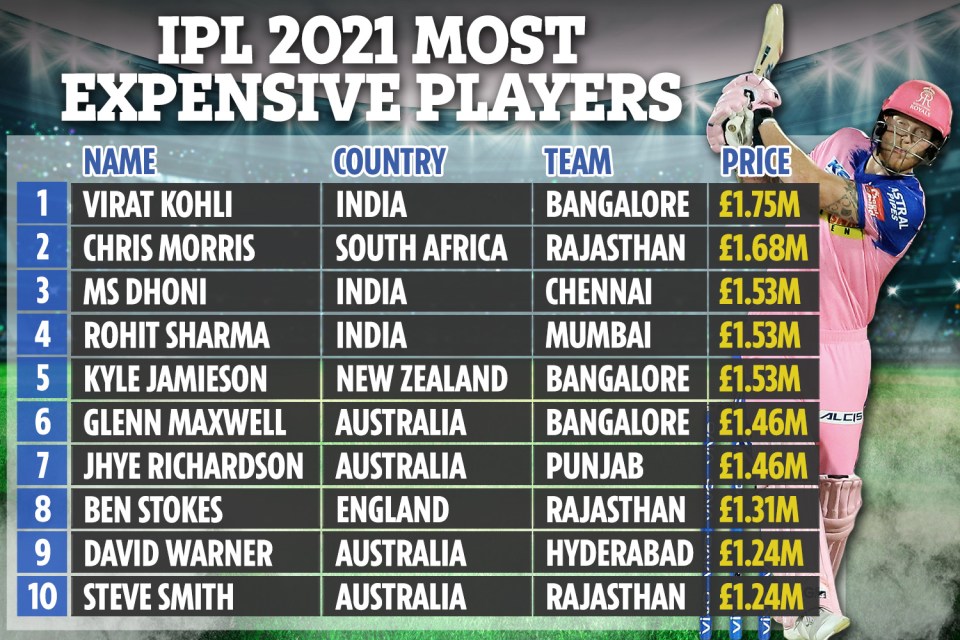 What are the likely line-ups?

Mumbai are set to field no fewer than seven Indian internationals in their side.

Captain Sharma will be joined in the batting order by Suryakumar Yadav and Ishan Kishan while all-round brothers Hardik and Krunal Pandya will play.


Grand National 2021 runners: Line up announced with The Storyteller OUT

Bangalore, meanwhile, are expected to field their two big-money recruits at this year’s auction in Glenn Maxwell and Kyle Jamieson.

Kohli has confirmed he will open the batting and AB de Villiers has also returned for another season.

Loading...
Newer Post
Ex-NFL player Phillip Adams reportedly had his medication taken away before killing spree
Older Post
The Circle fans rage as semi-final is left on huge cliffhanger over who Andy will block

A Bobcat Attacks, and a Husband Swings Into Action

A Bobcat Attacks, and a Husband Swings Into Action 0

Calls for fourth and FIFTH stimulus checks as $1,400 payments ‘would help 12 million more Americans out of poverty’ 0

Wordscapes daily puzzle Thursday April 15: What are the answers today? 0

Let them eat Saturdays! Goldman CEO doesn’t care if you hate him 0

Statins side effects: Mixing alcohol and statins can increase risk of muscle problems 0