Being one of the most popular South Indian desserts, Payasam alone comes in multiple varieties!

Trust Indian cuisine to never disappoint you, no matter what course you are having and no matter where. From starters and mains to decadent desserts, the cuisine has it all! From rustic chicken curries to a variety of breads and comforting halwas, ladoos and kheer, one can run out of appetite but never out of options. South Indian cuisine has a bevvy of sweet treats that will make you drool! From Mysore pak, sweet idli, unni appam and rava kesari to payasam, each south Indian dessert is just better than the other and the list has only begun. Being one of the most popular South Indian desserts, Payasam alone comes in multiple varieties!

Call it south India’s kheer, payesh or payasam, it is also the Sanskrit word for milk and people in Kerala and Tamil Nadu call it payasam, the variant in Karnataka is known as payasam. In fact, payasam finds a dedicated space in the traditional thali during festivals like Onam or during the traditional Malayalam feast popularly known as Sadhya. The difference between kheer and payasam mainly is that traditional payasam includes ingredients like jaggery and coconut milk over sugar and dairy milk which are primary to the recipe of kheer. 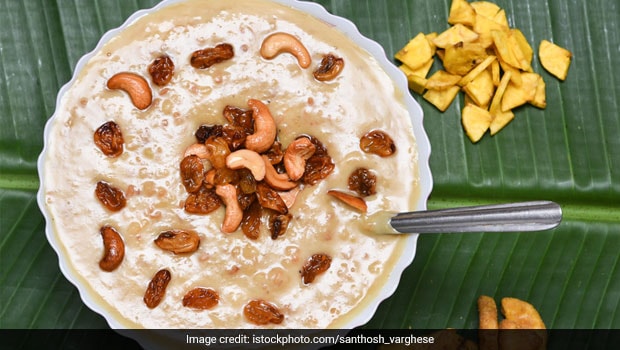 Payasam finds a dedicated space in the traditional thali during festivals like Onam.

Payasam is made in myriad ways in many places with the most popular type being the traditional Iyengar-style payasam – Arisi Tengaay Payasam. Made with raw rice, jaggery, cardamom, coconut and raisins, this payasam is a must-try from the south Indian region. Poppy seeds are also used in this recipe; however, it is optional. In this recipe, rice and poppy seeds are soaked separately for about three hours, grounded with coconut and mixed with water until a smooth consistency. It is then stirred on medium flame until it thickens, combined with jaggery until a porridge-like consistency and served with a garnishing of cardamom powder and raisins! Made without even a drop of ghee or oil, Iyengar-style payasam is perhaps the best sweet treat to indulge in post meal.

Try this yummy payasam recipe at home for your next post-meal indulgence and share your experience in the comments section below.

Money Heist season 5 theories: Berlin's return confirmed as he reunites with The Professor