Churumuri is loved for its simplicity since it doesn’t need any chutney like in bhel puri.

If a mere mention of street food takes you back to the chatpate and crunchy aloo chaat, gol gappe or bhel puri, congratulations you’ve experienced some of the best street foods of India! Be it a plateful of chaat or crispy bhel with puffed rice, spices and tang of lime, it is just what we need to satiate our hunger pangs at times, guilt-free! Bhel puri, even though said to be a typical Bombay snack, has gained immense popularity and can be found across the country. Why, you ask? For one, it is a wholesome snack that can fill you up instantly and is unbelievably inexpensive. Secondly, it is just too delicious to resist! Imagine the tantalising flavours of chillies, chaat masala and tangy lemon tossed with puffed rice. We’ll be lying if we said we didn’t slurp while writing that.

But did you know that there’s a south Indian cousin of bhelpuri which is is an absolute crowd-pleaser too?! Churu Muri is a hot favourite on the streets of Mysore and is a wholesome, easy and quick snack made in different ways across south India. Also known as ‘Masala Mandakki’, this quick snack is often paired with a hot cuppa as an evening snack. 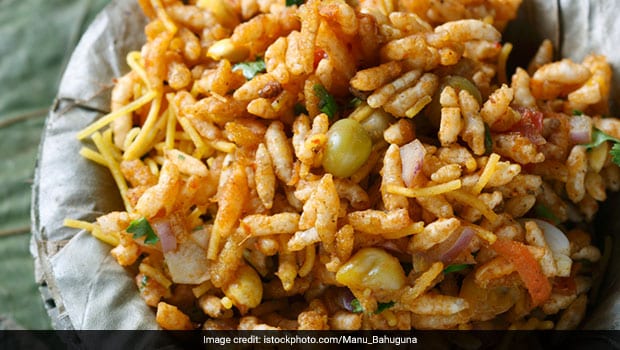 Bhel puri has always been a crowd-pleaser but did you know there’s a south Indian version of it too?

Made with no fancy ingredients and within ten minutes, churumuri is loved for its simplicity since it doesn’t need any chutney like in bhelpuri. While the traditional recipe involves roasted puffed rice tossed with roasted peanuts, red chilli, onion, tomatoes, coriander leaves, cumin and green chilli, one can always experiment a little and add or leave out ingredients of their own choice. Many people top it with ghee, sev, boondi and much more to further elevate the flavour.

(Also Read: Street Food Of India: When In Delhi, These ‘Chaats’ Are A Must-Try)

It is often served along with Mangalorean goli bhaji and a cup of masala chai.

Try this easy 10-minute churumuri recipe from Mysore to satiate your hunger pangs the next time and share the experience with us in the comments section below.

'No proof it will work after 12 weeks!' Geoffrey Boycott blasts delay of second vaccine

Leftover Yogurt At Home? Make Light And Tasty 'Papad Ki Sabzi' With It!

Watch: This Dal Kheera Pakoda Recipe Will Light Up Your Evening Tea Time

10 Ways To Stop Feeling Hungry All The Time: Expert Tips