HOLIDAY hotspots such as Spain and Italy could be opened up to Brits at the end of June as coronavirus restrictions are eased.  Ministers are re

Over half of Brits have immunity against Covid thanks to UK’s vaccine rollout
Census 2021: Brits must fill out and submit forms TODAY or risk £1,000 fine as deadline hits
Brits urged to tackle 16million plastic bottles that are still not being recycled every day

HOLIDAY hotspots such as Spain and Italy could be opened up to Brits at the end of June as coronavirus restrictions are eased.

Ministers are reportedly considering plans to allow quarantine-free travel to “green listed” countries that have jabbed a large portion of the population.

Tourist hotspots such as Spain and Italy could be opened up to Brits at the end of June (Pictured is the coast of Campania, Italy)[/caption]

However, those returning from “amber” and “red” countries would still need to quarantine on their return to the UK.

According to The Times, the government will review the plan on June 28 – and quarantine could be relaxed for amber countries. These could include tourist hotspots such as Spain, Italy and Greece.

The list of which countries will fall into which category is due to be published early next month.

Meanwhile, the government has also pledged to slash the costs of Covid tests before and after travel following claims that it allowed only the wealthiest families to travel overseas.

Downing Street is pondering free Covid tests with Brits allowed to take abroad the NHS lateral flow kits for use before they come home.

Plans to be published today will also see officials reducing the price of testing from safe countries by two thirds.

GREEN: Anyone returning from these countries must take a pre-flight Covid test at their own cost, then take a further test within days of landing to check for new strains;

AMBER: Like green but those entering the UK must isolate at home for ten days after arrival. They can get out after five days with a negative test paid for privately;

RED: Arrivals must isolate on their return in an authorised hotel at their own cost — as they do currently.

Travellers must currently take two PCR tests when arriving in England – one on their second day and another on their eighth. The two tests cost a total of £210 per person.

On top of this, travellers must take a test up to 72 hours before boarding a flight back to the UK from abroad – which costs around £60 per person.

Boris Johnson is “confident” trips abroad will be allowed from May 17, though he makes the final call next month.

Most read in Travel


Do you live near a nudist beach? Full list & map of where you can swim naked


UK-US travel corridor should be in place by summer, says airline boss

HAVEN IS A PLACE ON EARTH

Different countries are set to be graded green, amber or red according to their vaccinations, infection rates, the prevalence of variants of concern, and their genomic sequencing capacity.

It comes amid fears that opening international travel fully would allow dangerous new mutations into the UK – undermining the success of the vaccination programme.

Foreign travel is currently banned except for a handful of permitted reasons. 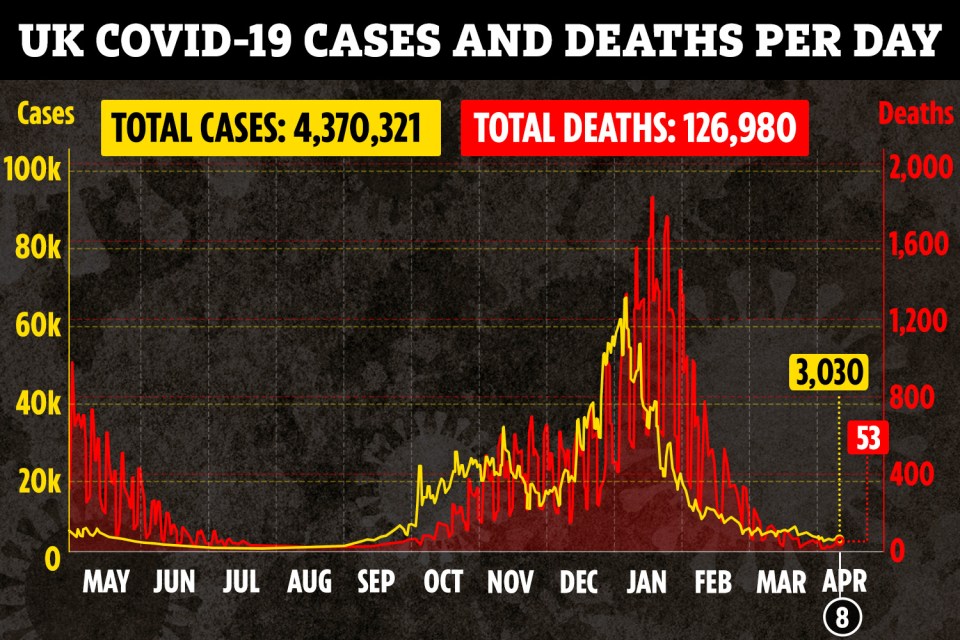 ‘Conjuring 3’ trailer drops, but the real-life story is even scarier

‘Conjuring 3’ trailer drops, but the real-life story is even scarier 0

Amir Khan net worth: Boxer has earned millions from his sporting career 0