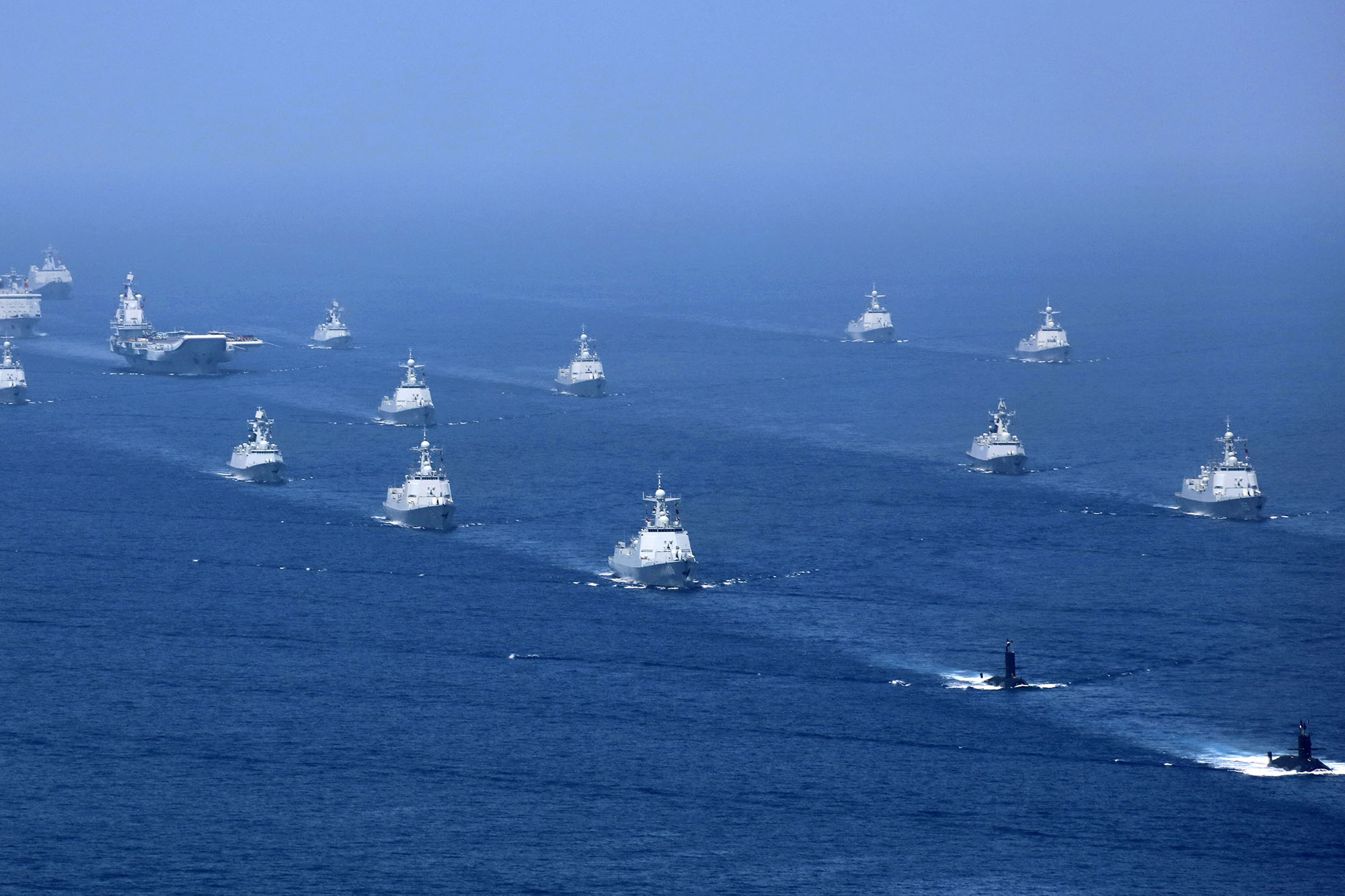 A Chinese man claims he traveled 112 miles from the mainland to Taiwan in a small rubber dingy in a desperate 11-hour journey for “freedom and democracy,” according to reports.

Zhou Xian, 33, was found in Taichung harbor on Friday night and claimed to have just crossed the Taiwan Strait — one of the most heavily policed waterways in the world, the South China Morning Post reported.

“He said he was unhappy living in mainland China and wanted to seek freedom and democracy in Taiwan,” a Taiwanese police officer told the outlet.

Zhou told officers he traveled from Quanzhou in Fujian province in an 8.5-foot-long dinghy that he bought online, The Guardian said. He had about 90 liters of fuel for the outboard motor, officials said.

A video of him being detained showed an officer asking him, “Did you come over for freedom?”

“Yes, I came by boat … Taiwan has more freedom and equality,” Zhou replied, according to The Guardian.

He added that mainland China “is all kinds of bad.”

His journey sparked an investigation into possible “shortcomings” in how the Taiwan Strait is policed, with navy and coastguard vessels from both sides supposed to monitor it, the SCMP report noted.

Taiwanese Defence Minister Chiu Kuo-cheng vowed to “study the case further and work with the coastguard to nail down any problems.”

Asked if it could be a Chinese plot to test Taiwan’s coastal security, Chiu said the ministry would “take all aspects into consideration and make preparations for all scenarios,” according to the SCMP.

The case sparked outrage among lawmakers.

“Instead of a stowaway case, if it were a case of Chinese communists sending infiltrators for military actions, it would have been an extremely serious problem,” Tsai Shih-ying, a legislator for the ruling Democratic Progressive Party, told the SCMP.

However, some questioned whether the man could really have made the treacherous journey undetected in such a small boat.

“We suspect the man boarded a large fishing boat and used the dinghy to reach Taiwan after the fishing boat [entered Taiwanese waters],” a coastguard source told the SCMP.

It was not immediately clear what would happen to Zhou.

Taiwan does not recognize the concept of asylum, partly because it fears infiltration by Chinese agents and also because it wants to discourage any influx during times of crises, Agence France-Presse noted.

Illegal immigrants from China have been returned, but Taipei does sometimes turn a blind eye to dissidents.

A Breakaway Third Party of Ex-Republicans? Don’t Count on It.

Why the C.D.C. Changed Its Advice on Masks

A Breakaway Third Party of Ex-Republicans? Don’t Count on It. 0

Why the C.D.C. Changed Its Advice on Masks 0