A “BIG cat” was caught on CCTV in Cheshire after a couple discovered strange footprints and a dead chicken in their garden. The cree

Dillian Whyte vs Alexander Povetkin 2 undercard: Who is fighting on big heavyweight bill in Gibraltar?
Joe Rogan urges Conor McGregor to bring in ‘outside’ help for UFC 264 Dustin Poirier fight to deal with his ‘big ego’
Neiman Marcus faces rift with big luxury labels including Gucci

A “BIG cat” was caught on CCTV in Cheshire after a couple discovered strange footprints and a dead chicken in their garden.

The creepy footage shows a large animal sprinting across the field behind the couple’s home in Frodsham on March 18. 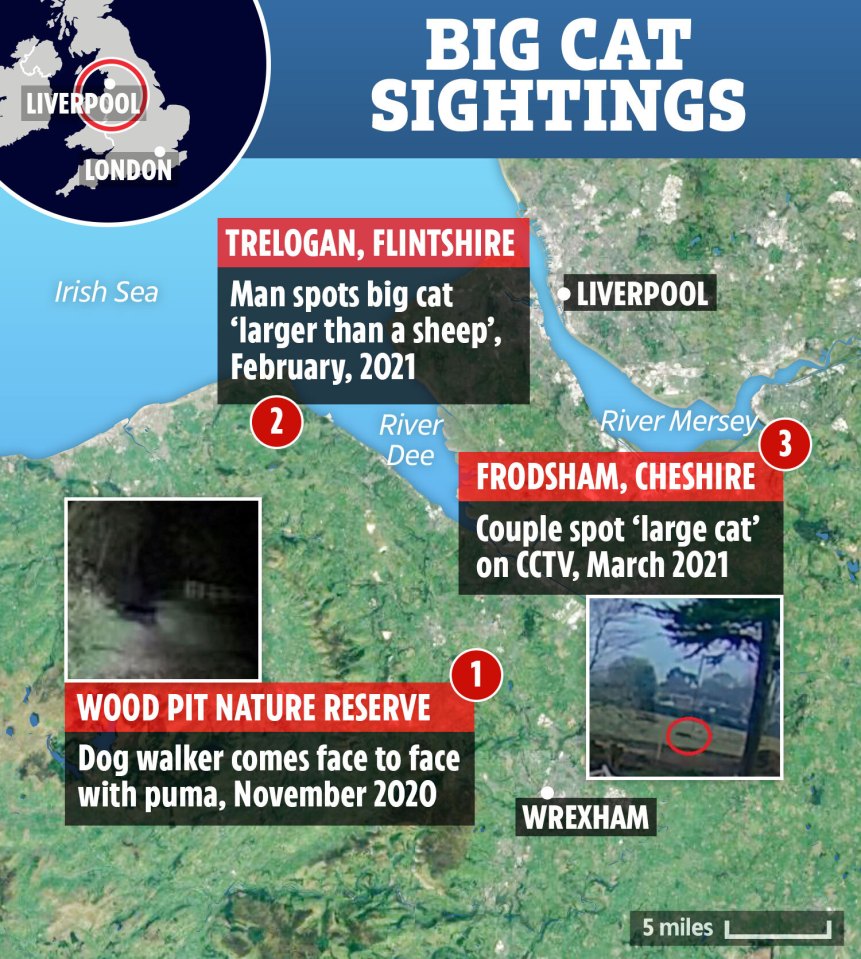 Speaking to North Wales Puma Watch, resident Chris explained how on the Morning of March 18, he and his wife had spotted a dead chicken which made them look back at their CCTV.

The monitoring group Puma Watch North Wales was set up after a series of mystery sheep killings across the countryside.

It was then that the couple spotted a mysterious black animal in the field behind their home at 6:20am.

“The chicken body was found on the path that this animal takes and there are a few footprints left behind too,” Chris said.

In February just 24 miles away from Frodsham in Flintshire, Wales, a mystery big cat believed to be larger than a sheep was spotted.

The large black creature was described as “the size of a sheep and possibly even bigger” as it roamed through a field.

Multiple sightings have been reported of a big beast since November near the I’m A Celebrity castle, leading to the creature being dubbed the “Puma of Pontybodkin”.

In March paw prints were found in the grounds of the I’m A Celeb castle which was thought to be made by the big cat spotted in the woods surrounding the Grade I listed 19th-century house.

At the beginning of February, a dog walker filmed the moment a mysterious big cat mauled another animal.

Shocked Tom Mears witnessed the giant beast tussling in the undergrowth with another creature during an evening stroll in Castle Hill Country Park in Leicester.

In December there was another reporting of a puma-like creature in Chester – around 10 miles from other sightings.


Mum of boy, 19, found dead in forest says 'my heart's been ripped apart'

Tony Jones, founder of Puma Watch North Wales, said it was a “surprise” to get a sighting reported so close to a busy city centre.

The animal looked to be “two or three metres long”, he said.

And a dog walker saw a cat “twice the size of a German Shepherd” in Lopen, Somerset.

What We Know About Eric J. Nelson, the Lawyer Representing Derek Chauvin 0

A Supreme Court case on registering women for the draft evokes Ginsburg’s legacy. 0