A few shows are back in NYC — and they’re hot

They’re back to giving ’em the old razzle dazzle — with a few COVID updates. As of April 2, ticketed live performances have ret

These Broadway shows are selling tickets for September return
Martha Plimpton: HBO Max’s ‘Genera+ion’ is ‘authentic and real’
From Wall St. to Harlem, the stories behind iconic NYC landmarks revealed 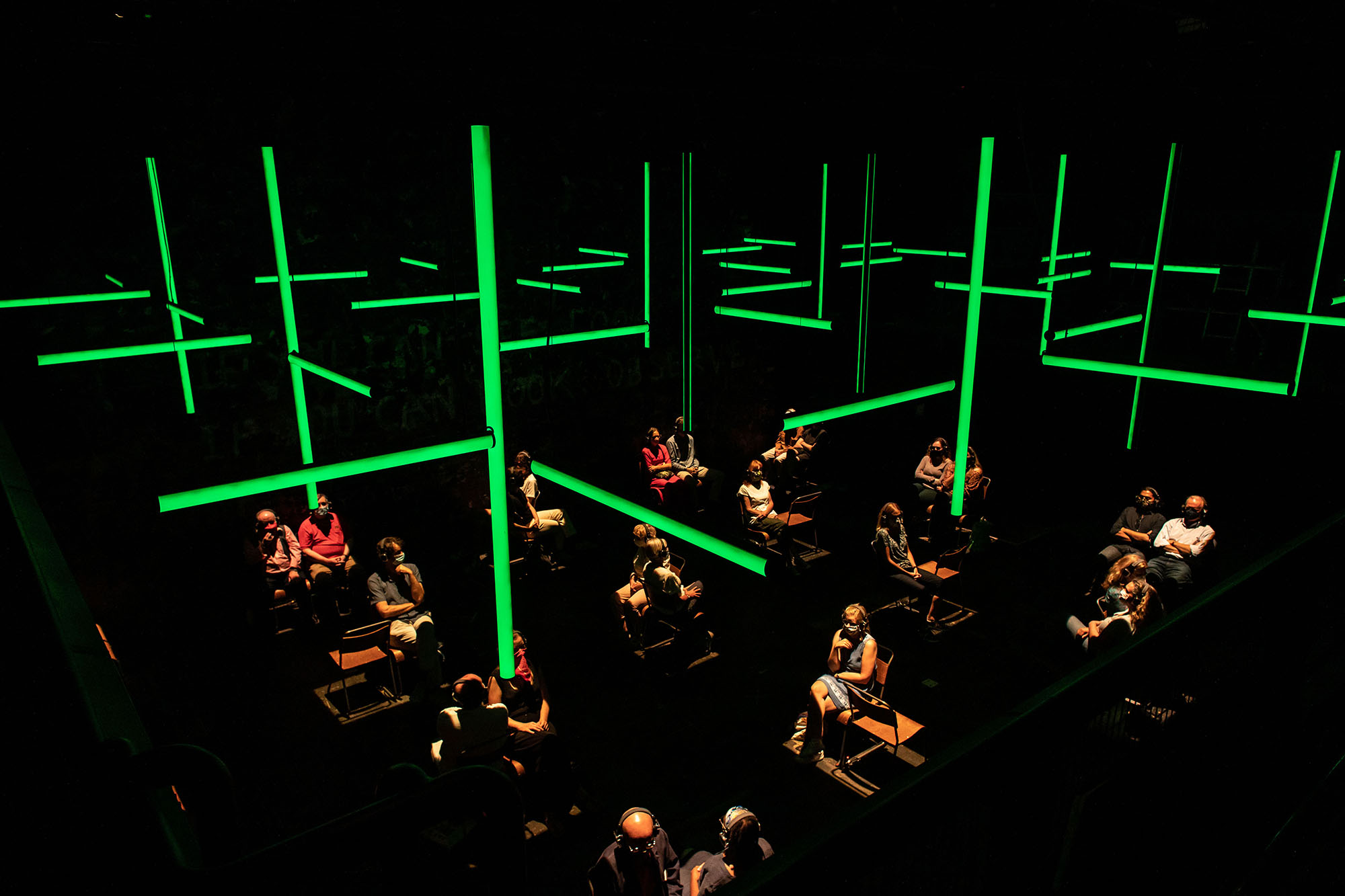 They’re back to giving ’em the old razzle dazzle — with a few COVID updates.

As of April 2, ticketed live performances have returned to New York City after more than a year of dark, locked-up venues and out-of-work actors, creatives and staff.

However, what’s onstage today — like our waistlines — looks a little different from the art form we waved goodbye to on March 12, 2020. Think: audio plays in pods and solo Talking Heads dance parties.

One aspect has happily stayed the same, though. In typical New York fashion, tickets to the buzzy shows are hot, hot, hot.

“ ‘Social!’ sold [out] maybe in five hours,” Rebecca Robertson, executive producer of the Park Avenue Armory, told The Post of her new production that kicks off Friday. “We just watched the tickets be bought. Incredible.”

“Social! The Social Distance Dance Club” is no “South Pacific.” Ninety-five audience members stand in individual pools of light, separated by 12-to-15 feet, and dance for 55 minutes to a playlist curated by David Byrne of the Talking Heads. Pretty weird, but there is top-tier talent involved. The show is designed by Christine Jones and choreographed by Steven Hoggett, both of “Harry Potter and the Cursed Child” and other Broadway shows.

Lest you think exhausted New Yorkers who have been cooped up in small apartments for more than a year might be too skittish to attend a theatrical hoedown, think again. The waitlist got so huge, Robertson said, she had to cut it off.

The production, which runs through April 22, has more stringent safety measures than most. Each audience member will get a COVID-19 rapid test outside the theater, even if fully vaccinated, and must remain masked while inside. But the theater’s precautions haven’t deterred ticket buyers. Park Avenue Armory’s following show, “Afterwardsness” by director/choreographer Bill T. Jones, completely sold out in four hours.

A more traditional option — and an ideal segue for those who’ve been spending their nights binge-watching “The Office” — is “The Office! A Musical Parody” off-Broadway at the Theater Center. It’s the first musical to reopen in Times Square, but its neighbors on Broadway should be back by fall.

Michael Scott, Jim, Pam, Dwight and the rest of the Dunder Mifflin crew are on hand for the show. And so are silly songs, such as “Scranton: The Electric City” and “That’s What She Said!”

Although “The Office!” opened way back in the fall of 2018, it’s re-opening night on Friday has no tickets remaining.

In Union Square’s Daryl Roth Theatre, a new play is missing a familiar hallmark of a live show: actors.

“Blindness,” an audio drama by Simon Stephens (“The Curious Incident of the Dog in the Night-Time”) that is based on the novel by José Saramago, has audiences sit in pods of two as they wear headphones and listen to a recording of British actress Juliet Stevenson. She tells the story of the world being overcome by an epidemic of sight loss.

“It may not be theater as we know it, but it’s a unique experience,” producer Daryl Roth tells The Post. “It’s in a theater. It gives people the opportunity to come in, gather together safely and experience something that is certainly theatrical.”

Roth was initially worried that audiences would hesitate to show up for the first new, ticketed show in pandemic-era New York. But weekends have been selling briskly (the play runs through Sept. 5), and, she says, word of mouth has accelerated faster than for the usual off-Broadway play she’s produced.

“Everything in theater is a risk,” she said. “No matter good times or bad times.”

Migrant families being released without notices to appear in court 0

Who was G. Gordon Liddy and how did he die? 0