The first day of Navratri festival turned ruinous for many families in the rural area of Roorkie, Uttarakhand. It is being reported that as many as 32 people fell ill after consuming food preparations made from kuttu ka atta (buckwheat flour). Kuttu ka atta is considered pious and commonly had instead of other grains for vrat-special meals during Navratri. In this unfortunate event, these people reportedly ate foods with adulterated buckwheat flour that led to them being hospitalised over the weekend with symptoms of dizziness and vomiting.

Santosh Kumar, the Food Safety Officer, assured that the supply chain of the grain will be traced back to the source and all the remaining stock will be destroyed. “We got information from a government hospital that several people had been admitted after they ate food made of kuttu flour. We have reached out to the police and the shopkeepers to find the suppliers and found the kuttu was brought in through trains that had supplied the main grain market. We have taken samples of the grain out of which the flour was made and are in the process of destroying all the remaining stocks,” Santosh Kumar said in a statement.

(Also Read: Kolkata Restaurant Is Offering Mask With Zip! Customers Can Eat While Wearing Them) 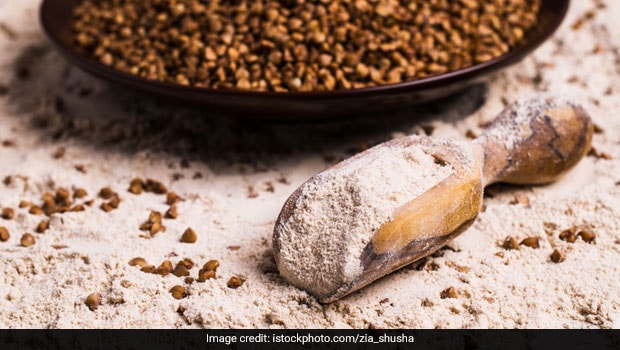 The health officials have advised people to check expiry date of the buckwheat flour before buying, and also avoid picking it up from open stocks. The families of the affected families in Roorkie shared their ordeal with media. In a report published in ANI, Uttam Boss, whose uncle was hospitalised after eating kuttu roti, said, “My uncle became very ill after eating roti made of kuttu. He started to vomit severely. Several others in the village also fell sick after eating the same thing. We request authorities to take strict action against the people responsible.”

Shubham Chaudhary, who fell ill along with his family members, also shared his story – “My family and I had ‘kuttu ki roti’ for dinner. A few hours later, all of us experienced dizziness and had bouts of vomiting and headache. The police must take action against people who sell such adulterated flour.”

Cereal grains, including wheat flour, are not supposed to be consumed if one is fasting during Navratri. Buckwheat flour is the most popular gluten-free flour that is permissible in the vrat food during the Indian festival. The flour can be used to make a number of dishes like kuttu roti, kuttu poori, kuttu tikki, kuttu cheela and so on.

All About The Kolkata Tea Stall Selling Exotic Tea Worth INR 1,000 Per Cup